Welcome to Any Given Sunday Madden Sim League on PC!
Welcome to the official league site of the Any Given Sunday Madden Sim League on PC! After a successful Madden 19, we are entering another year of Madden on PC. We successfully completed six full seasons last year with 32 members consistently being a part of the league experience. We look forward to being bigger and better this season. This site is your one stop shop for all AGS related news and information. Stay up to date with the latest articles, stats, podcasts and highlight videos all season long. Our primary method of league communication is through Discord and if you are interested in joining the AGS League, please Apply HERE! Thank you for your interest and we look forward to having you join the AGS experience on PC!
Please check out our League Youtube Channel!

Getting AHead: The Story of Tiny Head Weirdo

by RickyFandango | 7 months ago | 0 Comments 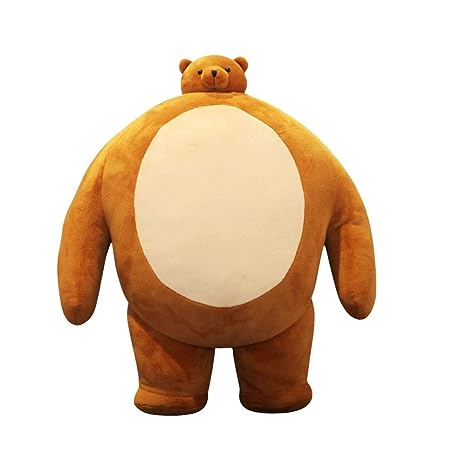 Every year, the NFL Draft is filled with stories of overcoming adversity. The world watched in awe when Shaquem Griffin earned himself a 5th round selection from the Seahawks, James Conner overcame Hodgkin’s Lymphoma on his way to becoming a 3rd round pick, and McQueen seeks to surprise in his own way. 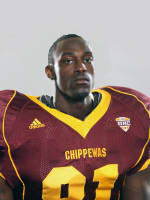 “His head is real small. Like, real small.” Teammate Xavier Slate spoke of the star receiver. “He looks photoshopped, but... in-person.”

“I’m not gonna lie, I screamed.” Fellow Central Michigan wide receiver Roy Magee recalls meeting McQueen for the first time. “You see that thing coming around the corner in the locker room, I thought he was a demon or something. Like one of those shrunken head things, some voodoo shit.”

“It’s even weirder because the motherfucker’s like, 6’5’’! People who say God doesn’t make mistakes have never seen my son.” His mother told reporters with uncomfortable sincerity.


Born with Microcephaly, the medical term for a baby with a small head, if drafted, McQueen would be the smallest-headed player to ever play in the NFL.

“He’s not like… you know.” His coach Tim Lester had to say of the NFL prospect, making hand gestures and a funny face to imply ‘retarded’ without having to say the word itself. “His head’s just small. Not a little small, I mean, you’ve seen it.”


“Yeah, people treat me a little different.” McQueen spoke out on life with a teeny tiny head. “Kids would tease me all the time growing up. They’d shout at me things like ‘you have a very small head and we like you less for it’ and ‘I don’t like looking at your head because it’s just enough deviation from the norm that it’s very unsettling.’ Words hurt.”


In high school, McQueen remembers trying everything he could to normalize the size of his head.

“I had a bike bump, I told my brother to stick it in my ear. That was an awkward hospital trip. On the dark web, I found this stuff from China that’s supposed to grow your head, but like everything else on there it was pretty much 95% fentanyl.”


Over the course of his landmark sophomore season, Enrique McQueen has tried to change his colloquial nickname to something a little more positive.

“Lightning McQueen. It’s obvious. I run like a 4.35 40. I’m a wide receiver. Or, hell! Call me ‘Rico Suave,’ I’ll take that too! Just, please, stop calling me Tiny Head Weirdo. It doesn’t even flow off the tongue. Fuck is wrong with people?...”

Even so, the nickname given by fans has been hard to break.


“He’s Tiny Head Weirdo.” A Central Michigan student whose grades weren’t good enough for Eastern Michigan, let alone Ann Arbor, spoke to our reporters. “The fans, the announcers, no one calls him McQueen. He snags a ball and takes it to the house, that’s a Tiny Head Weirdo touchdown baby.”


The Central Michigan sophomore is currently on pace to overtake the single season totals of his college’s former superstar Antonio Brown, whom Coach Lester remembers fondly.

“Let’s just say, it’s not the first time I’ve had to order a custom fit helmet...”