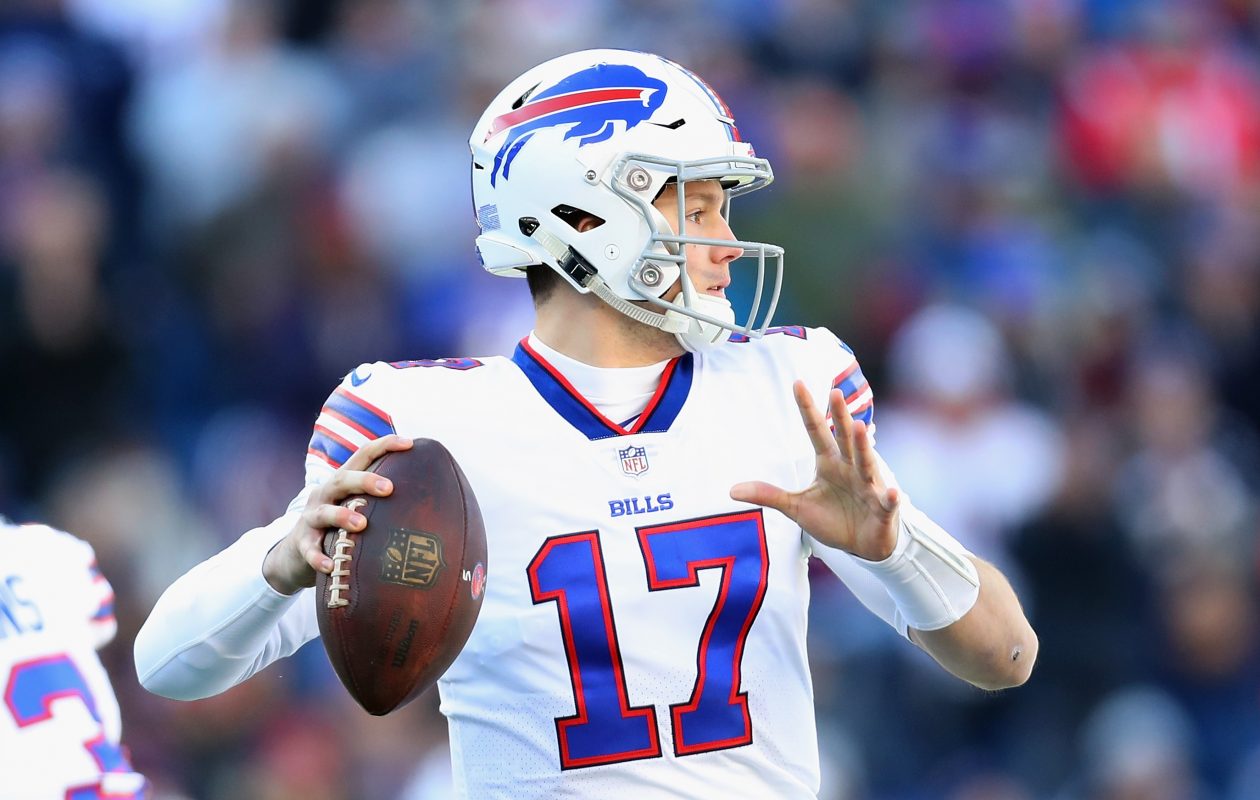 Quarterback Josh Allen breaks All Time Record for TD Passes in a Rookie Season! And enters Bills record Books for an all time great Season aswell!

What a Great Rookie Campaign that Quarterback of Wyoming had! 4.098 Yards and 232 Completions. Also he rushed for 190 yards and a TD on 23 Attempts.
But now his Name will be down in NFL History forever! Since his 28 Passing TDs broke the all time Rookie Record hold by Peyton Manning and Russel Wilson at 26 TDs each.
Allen had 25 TDs coming into Week 17 but managed to toss 3 Touchdown Passes in the Week 17 Upset against the Miami Dolphins. In  a Game that took place in an Blizzard Allen managed to get his most accurate Game while nearly breaking the 300 yard mark.
How Impressiv that is for a Bill? He is Second all Time for a Single Season in Franchise History already! Only the legendary Jim Kelly who tossed 33 TDs in 1991 could beat that number at all. And among Bill Rookie Quarterbacks? Oh wow! The Second best Rookie was E.J. Manuel who tossed 11 Touchdowns in 2013. Not even half of Allens Touchdown Passes this year!
And it wont stop there. His 4.098 yards are second place in Franchise History aswell, only being toped by Drew Bledsoe in 2002 who threw for 4359 yards.
What a Year for Josh Allen!