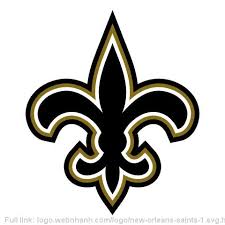 The New Orleans Saint head into their Week 6 bye week in the MOF licking their wounds. The offense is answering the bell but the defense has been showing no signs of life.  Teams are just going up and down the field on them at will and the coaching staff has no answers for what is going on.  The offense ranks in the top 10 of scoring at 30 points a game but the defense ranks next to last at 31st in the league at 35 points a game.  Passing offense is ranked in the top 2 of the league while rushing ranks dead last.  Teams are passing the ball at will on the secondary because the line can't generate enough of a pass rush on the opposing quarterback.  Saints rank dead last in passing defense.   Somehow, someway they have to right the ship quickly or this season will be over with by week 9.