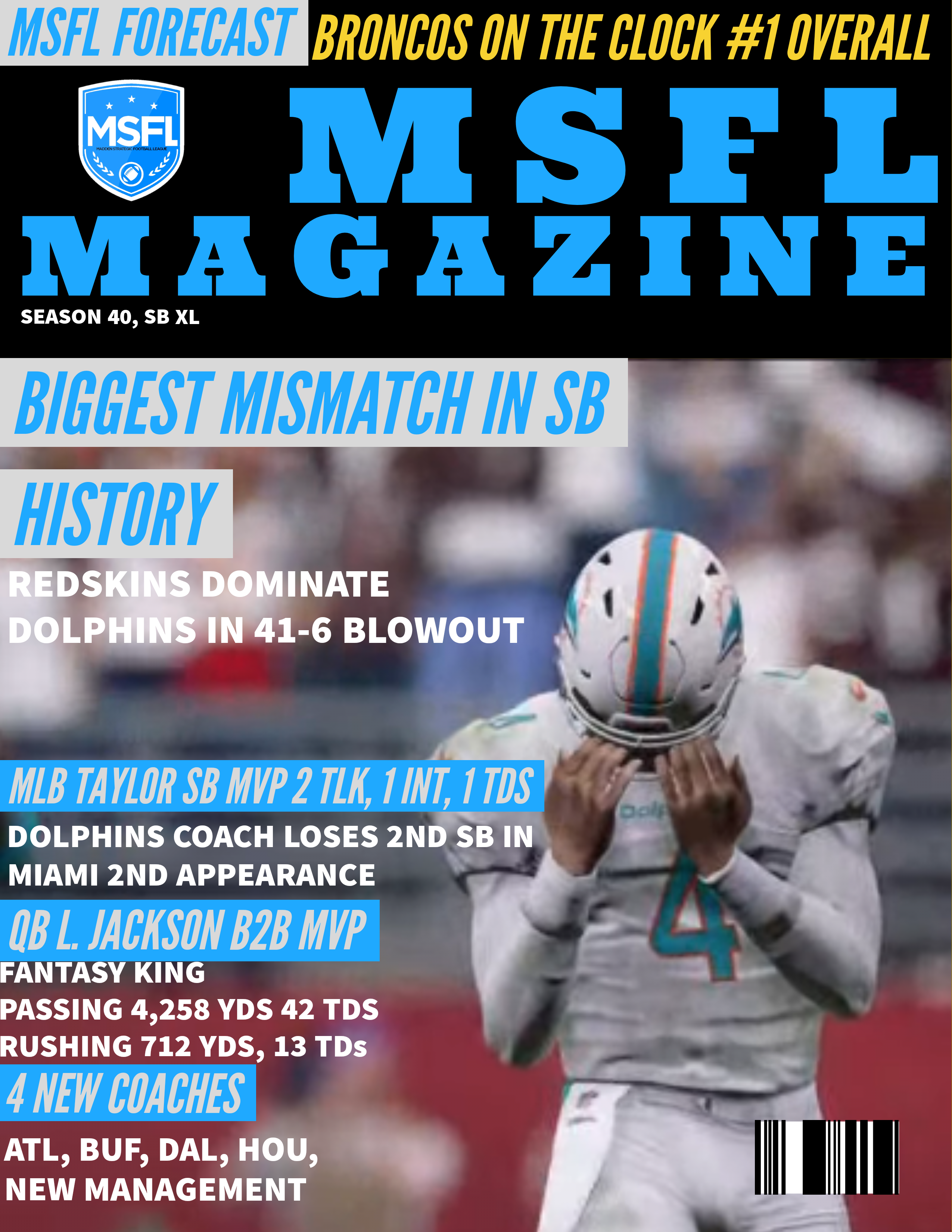 After years of dysfunction it looks like gm Slum is getting the help he needs with his anger issues with other general managers. Focusing more on building a winning franchise after only making the playoffs once in his entire career in 2017 with the Washington Redskins Slum will go forward with a new approach to the game and a new outlook on life. "I officially apologize to the msfl and to the Buffalo bills for so many years of anger and bad decision making, when I come back you will see a new man on them sidelines and hopefully one day a Superbowl,and also I'd like to personally apologize to coach Kristian Edwards of the Cleveland browns for all the hard times and bullying, it was childish and it was not right!"Slum seems like he is on the right path, only time will tell.