MSR season 12 week 7 Primetime features two teams trying to get the season on the right path as we work our way towards the middle of the season. The Minnesota Vikings (3-2) will be facing off against the New Orleans Saints (2-4). Both teams are coming off a dominate away performance from week 6 and will look to continue that trend in week 7 against each other. But who has the better chance to do so?

Looking at the team statistics for these year, there is a clear favorite and underdog for this team. 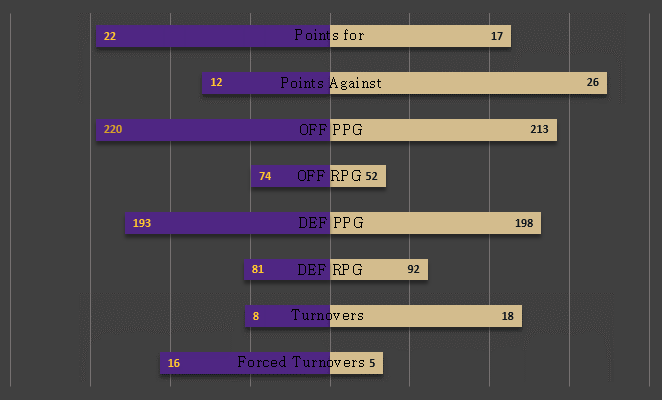 The Minnesota Vikings are better in every major category compared to the Saints, points for, points against, offensive and defensive yards, and even turnover differential. The Saints are close to the Vikings in offensive passing yards and defensive passing yards allowed. This game could turn into a shootout if the teams fail to get their running game going early. The biggest discrepancy between the two teams are the points and turnovers. The Vikings on average score 5 more points while allowing a staggering 14 less points. They have also turned the ball over 10 fewer times compared to the Saints while also forcing 11 more turnovers. These two categories should be a big factor in this Primetime game.

We will now take a look at where these two teams rank among the MSR in major categories: 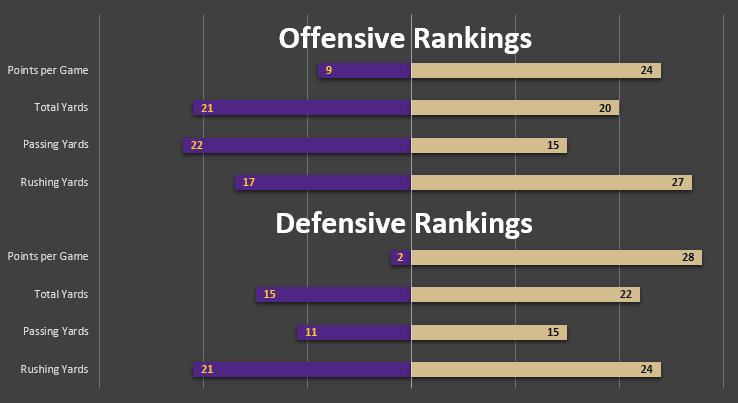 Both these teams rank in the lower half when it comes to total offensive production. The Saints strength on offense comes from their passing game, ranking 15th in the league. The Vikings rank just below average in all yardage categories but are top 10 in points, which is probably a result of the number of turnovers they have forced this year.

Defensively, the Saints are ranked among the bottom half while the Vikings are in the top half. The standout defensive ranking is the Vikings are 2nd in points allowed per game (12). This is a huge difference compared to the Saints at 28th. The key for the Saints will be to try to hold strong in the red zone and force field goals instead of touchdowns.

Next, we will take a dive into the offenses of both these teams. 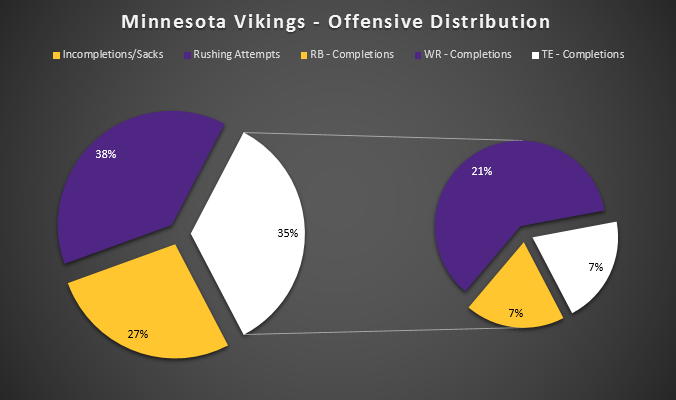 The Vikings have said they are traditionally a run first team but their distribution of plays this year does not show that. They have dropped back on 62% of their plays, suggesting that they are more of a pass heavy team. Their quarterback, Dak Prescott, distributes the ball very well to different receivers. Their top 5 receivers are all within 5 catches of each other and are as follows:

Their top running back, Dalvin Cook, has managed 292 yards and 51 carries. His average is about 5.7 yards which is good enough for sustained running game. However, their 2nd and 3rd string backs manage a measly 2.6 and 3.8 yards per carry that can bring the run game to screeching halt at times. 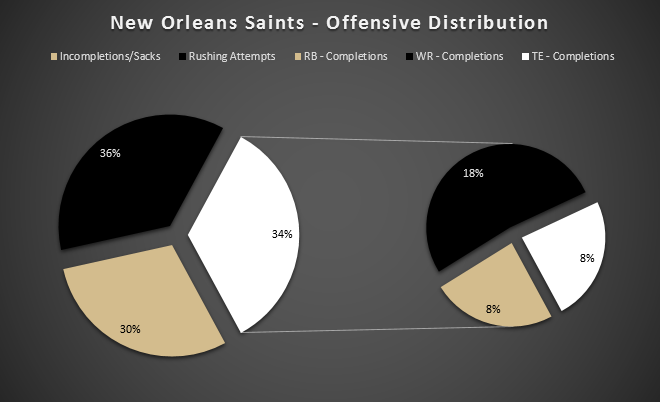 Very similar to the Vikings, the Saints who should be a run first team has turned pass heavy this year, dropping back on 64% of their offensive plays. This stat is a little worrisome due to the injuries of starting QB Jimmy Garoppolo and WR Darnell Harris. This leaves QB Ross Otto to run the offense who just hasn't had much success in years past. Like the Vikings, the Saints have good distribution of the ball throughout the team.

The running game has been an issue for the Saints. Top HB, Alvin Kamara, is only averaging 4 yards per carry on 59 total carries for the year. With the run blocking ability of their offensive line, they will need to put additional stock in the run game into their game plan if they want to be successful throughout the year.

The biggest key to this game will be decided by the Saints offense. If they can get the run game going early, the Vikings will have a tough time. If they cannot run the ball well, it will depend on QB Otto to keep possession of the ball and not turn it over. The Vikings team has been dependent on their turnovers according to their points for and offense yardage this season.

The key for the Vikings will be to just play their game. If they can stop the Saints run game in their tracks, and force a couple of turnovers, it should be a simple game for the Vikings. If their defense does take control of the game, it could turn into a shootout which may cause issues for the Vikings offense.

Who is going to win the Season 12 Week 7 MSR Primetime matchup? What are your score predictions?