The season 12 NFC Championship features NFC North division rivals: the Green Bay Packers and Minnesota Vikings. This is be the 3rd time these two teams match up this year. Each team has taken a game apiece, both by one touchdown. This game will be to take all of the marbles in the series and the chance to win the season 12 MSR Superbowl.

Let's see how these teams matchup after going through the regular season. 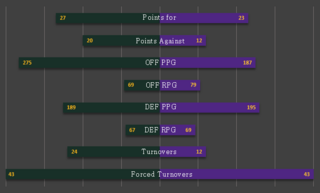 On defense, these teams are very comparable besides points allowed per game. The Vikings allow 8 less points per game which could be attributed to the number of turnovers on offense from the Packers. The average yards allowed per game between the two teams is only 8 yards combined between rushing and passing. Both teams have also forced a whopping 43 turnovers on the year.

Let's see how they ranked amongst MSR in major categories during the regular season. 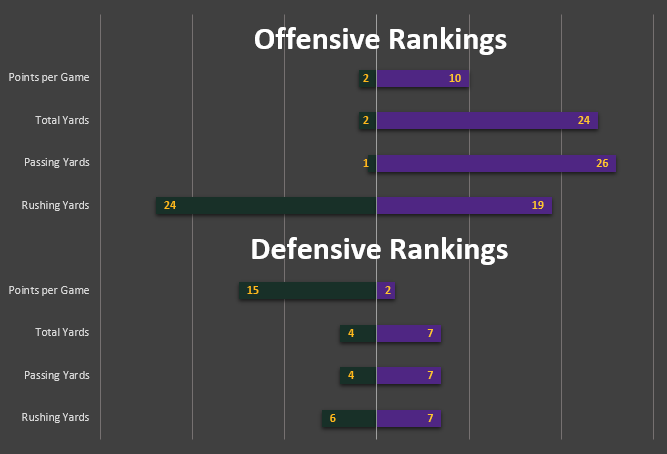 On defense, the Vikings shine by allowing the 2nd least amount of points per game and ranking 7th in every yardage category. While the Packers are ranked better in yardage allowed per game, they are ranked near the middle in points allowed at 15th. Once again, this could be due to the number of turnovers on offense. 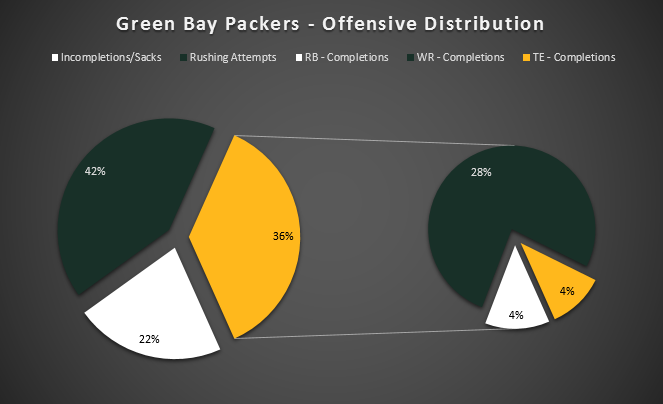 The Packers offense is all through the air and their QB, Aaron Rodgers. Rodgers has thrown the ball almost 400 times this year, stacking up 4589 yards, 33 touchdowns, and 17 interceptions. Rodger's has two main targets on offense, WR Sherman Brown and WR Marquez Valdes-Scantling. Out of the Packer's 36% of completed passes, 28% of those have gone to a WR. His top 6 targets are as follows:

The less than ideal rushing attack for the Packers is led by Bennett Anthony. Anthony has 174 rushing attempts on the year for only 665 yards (3.8 yards per carry) and 7 touchdowns. Behind anything, the Packers have Boston Scott and Ty Montgomery who have combined for 77 attempts, 288 yards, and 6 TDs.

Next, we will take a look at how Minnesota moves the ball on offense. 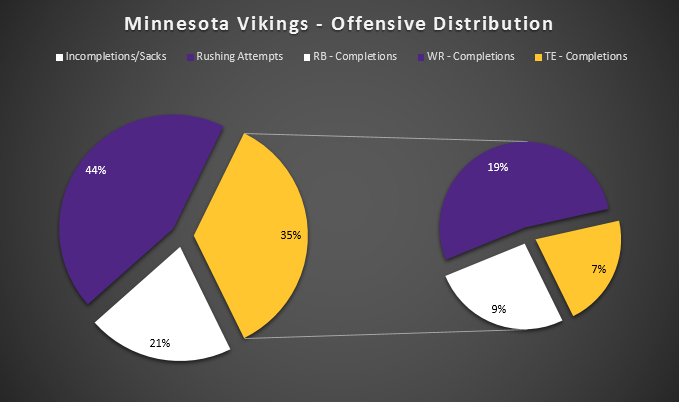 The Vikings offense is slightly pass heavy (56% of drop backs) but the yardage is more spread out compared to the Packers. The offense is led by QB Dak Prescott, who has 330 attempts on the year for 3135 yards, 19 TDs, and 9 interceptions. Unlike Rodgers, Prescott does a great job evenly distributing the ball to different targets and receiving groups. His top 5 targets are as follows:

These two teams have already faced out two times this year, let's take a quick look back at what happened in these two games. 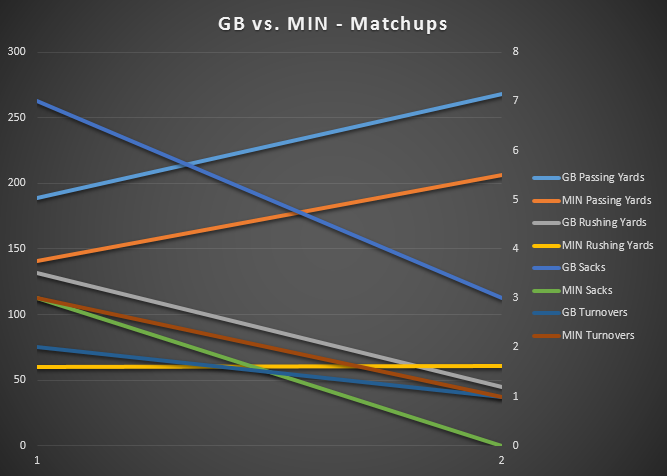 Starting with their first matchup, the Packers won 31-24. The story of this game was how well the Packers were able to move the ball on the ground and the Vikings struggle on offense. The Packers rushed the ball for 132 yards (more than 2 times their yearly average) and scored 3 touchdowns on the ground. On offense, the Vikings through 3 interceptions and took 7 total sacks on the game.

The second matchup was a different story. This time the Vikings came out on top, 24-17. Looking at the graph above, both teams were able to improve on their passing attack from game one but the Packers were unable to run the ball well, rushing for about 90 yards less in the second game. On offense, Minnesota limited their turnovers to just 1 compared to 3 in the first game, and took 4 less sacks (3 total on the day).

Keys to Winning the NFC Championship

Starting with the Packers, their key to winning is to make the game fast-paced on high scoring. If they are able to keep the passing game efficient and limit turnovers, the Vikings will have a hard time keeping up. IF Green Bay can get the run game going (which is unlikely), they will have an even easier time controlling the game.

For the Vikings, their key is to control the game and limit the amount of possessions Green Bay has during the NFC Championship. They should do this through the running game. However, this may be difficult to do against the Packers because in both of their matchups this year, Minnesota has only gained 60 yards on the ground in each game. If they are unable to get the ball moving on the ground, they will absolutely need to force Aaron Rodgers to throw a couple of interceptions to stay in the game.

Who are you predicting to with the Season 12 NFC Championship? The Green Bay Packers or Minnesota Vikings?