The MSR Season 13 Week 10 Primetime matchup features the Pittsburgh Steelers as they host the Dallas Cowboys in a must win game to keep their playoff hopes alive. The Steelers are sitting at 3-5 on the year, coming off 3 straight losses and a bye week. While the Cowboys sit at 6-2 and are the current leaders of the NFC East. The Steelers are 2 games back from a wildcard spot, so every game is a must win for them at this point of the season. 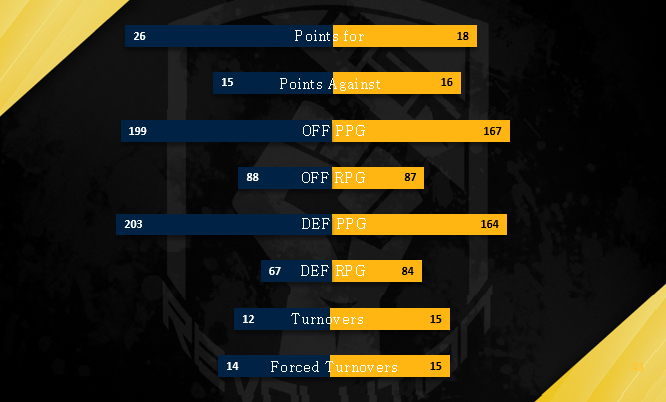 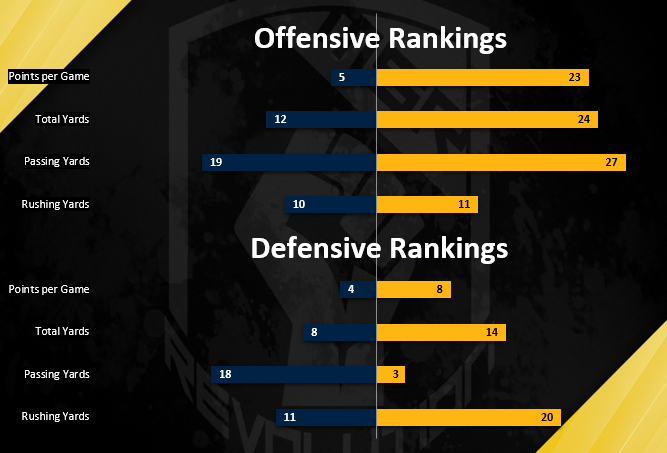 Looking at the major stats between these two teams so far this season, the Cowboys hold the advantage in most of them. Starting with points, the Cowboys score an average of 8 more points while also allowing 1 less compared to the Steelers. As far as yards go, the Cowboys have the advantage on offense. The discrepancy comes from passing, where the Cowboys average about 30 more yards than the Steelers. In the end this may not be an advantage for the Cowboys. The Steelers boast the 3rd ranked passing defense in MSR. It could prove tough to pass against this Steelers defense. The Steelers defense is however ranked 20th in the league against the run. With two teams that generally run the ball on offense, this could be a place to exploit for the Cowboys. 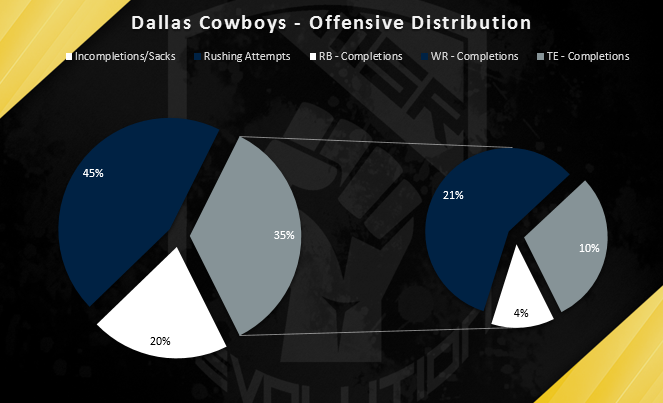 Looking at the Cowboys offense, they run the ball on 45% of their plays. When dropping back, QB Henry Slechta generally looks for one of his top three receivers. His top five are as follows:

The backfield is led by star RB, Ezekiel Elliott. On the year, Zeke has 83 carries for 464 yards and 6 TDs. The Cowboys will look to feed Zeke early and often as they have through the years in MSR. 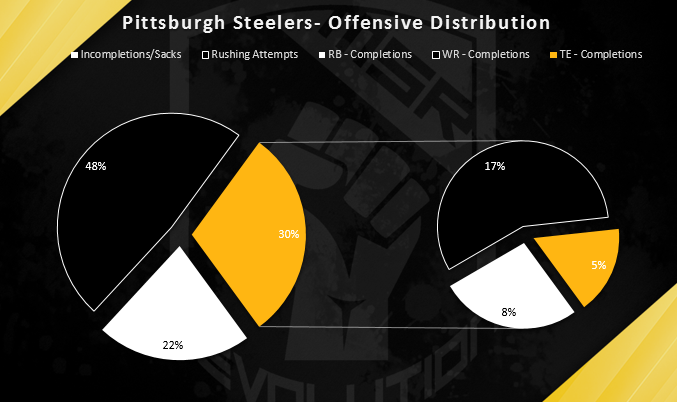 The Pittsburgh Steelers offense is slightly more run heavy than the Cowboys. They run the ball on 48% of their plays. Their offense is led by dual-threat QB Kyler Murray. Murray has struggled to pass the ball this year, as he has thrown only 6 touchdowns compared to 14 interceptions. Murray distributes the ball quite evenly to his top 5 targets.

The backfield is led by rookie HB, Vaughn Trotter. Trotter has had a stellar year thus far. With a total of 98 carries, he has stacked up 540 yards and 8 TDs. Trotter has struggled the past 4 weeks to get in the end zone. He has 2 TDs in the last 4 games compared to 6 in his first 4. Look for the Steelers to get Trotter back on track this week against the Cowboys.

The average overall of the Cowboys offensive line is a staggering 94.6. The Steelers defensive line has 4 guys just barely above 80 overall. This matchup will be a big advantage for the Cowboys. HB Elliott should have multiple running lanes to choose from throughout this game. This could turn into a huge game for Elliott if the Steelers linebackers cannot provide enough help to their defensive line.

Kyler Murray is a top dual-threat quarterback in MSR. He boasts a staggering 93 speed at the quarterback position. He should look to utilize that speed as much as possible to keep pressure off of his HB Trotter. It will be up to the Cowboys defensive end to contain Murray this game. Luckily for the Cowboys, they have two dominant ends (DeMarcus Lawrence and Brice Slowey) who are both 95 overall. While both these ends are primarily pass rushers, they are decent run stoppers who have the potential to contain Murray.

The one year pro WR Thadeus Franklin has it all, the speed, height, and catching ability to be an elite wide receiver. He will be matched up against Pittsburgh’s CB Artie Burns, who is great in man and zone coverage. This is an even matchup between these two players. If either of these players can get hot against the other, it will be a huge boost to their respective teams in trying to win Primetime.

Who will win this Week 10 Primetime matchup? The Cowboys or Steelers?