This week’s Primetime matchup features two teams trying to get their season on the right track and build momentum towards the middle of the season. The Houston Texans will be hosting the Carolina Panthers tonight for a week 4 Primetime matchup. Both teams are coming into the game at 1-2. 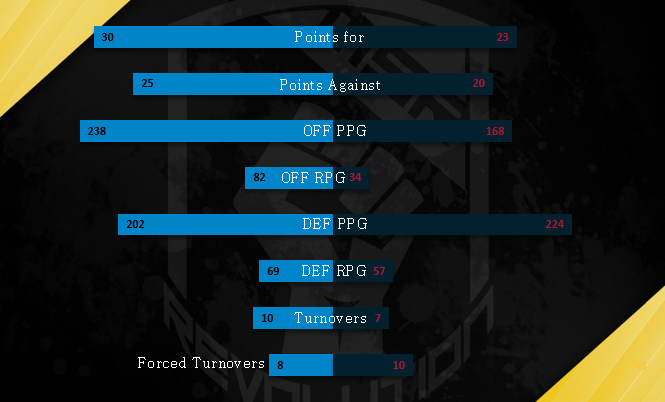 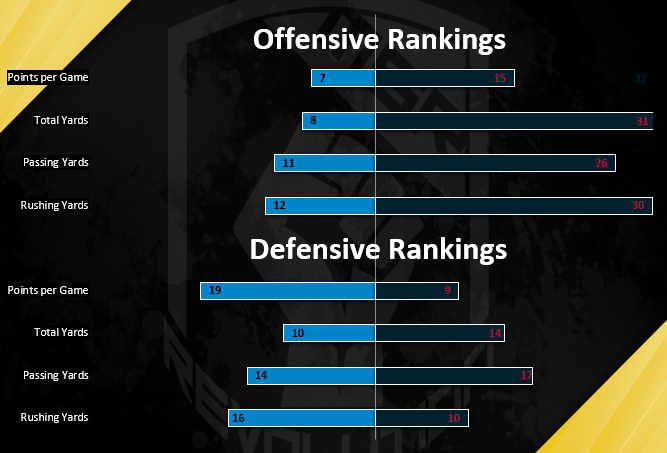 Next looking at the rankings, we can see just how lopsided these two offensives are. All of the Panthers offensive rankings are within the top 12 of MSR through 3 weeks. While the Texans are ranked 15th in scoring, the average of the three yardage categories is 29th in MSR.

Next, we will take a look at the Panthers offense which is led by QB Cam Newton. Newton on the year has 738 passing yards with 6 TDs and 7 INTs. While Newton is a dual threat quarterback, he has only added 25 yards on 9 carries so far this year. 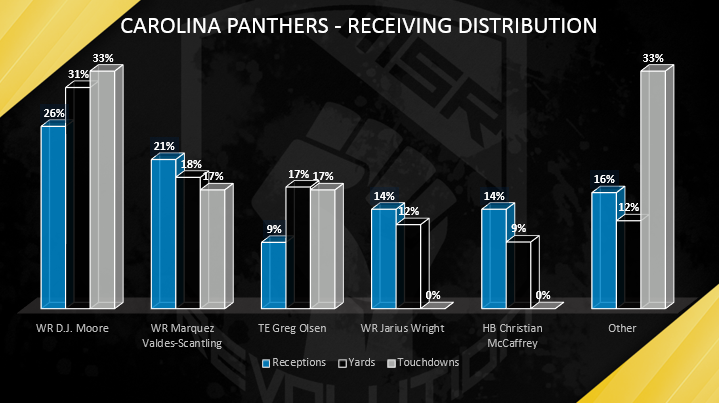 The Panthers is led by Christian McCaffrey, who has 206 yards on 34 carries (6.1 yards per carry) with 2 TDs. McCaffrey is also a viable receiver who has added 69 yards on 6 carries so far this year.

The dumpster fire of an offense at Houston is led by QB Deshaun Watson. Watson has 579 passing yards, 6 TDs, and 7 INTs this year. He is a dual quarterback as well that has added 59 yards on 6 attempts this year. Right behind Watson is HB Lamar Miller who does contribute much on the ground. Miller has 51 yards on 17 attempts so far this year. The team as a whole does not have a rushing TD. 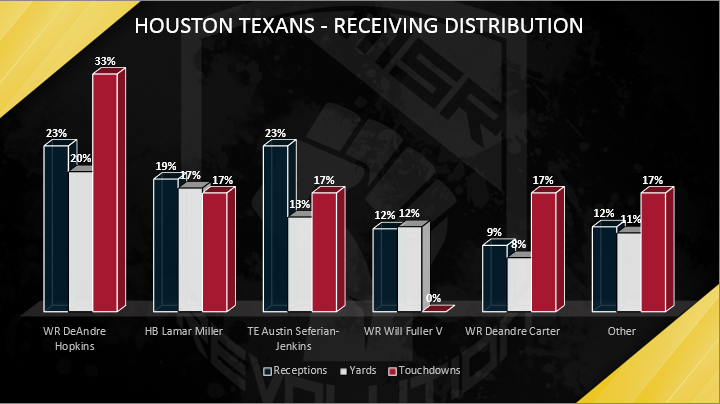 The key for the Carolina Panthers is to be as successful on offense as they possibly can. The Texans have showed that their offense is very lacking in the scoring department so far this year. If the Panthers can get out to an early lead and slowly add to it throughout the game, I do not believe the Texans will be able to come from behind and score enough points to win the game. Eyes will be on Cam Newton to protect the ball and move the ball efficiently against the Texans defense.

The key for the Texans will be to figure out their offense. The Texans defense has played solid even when their offense has given opposing teams short fields and extra possessions. Watson has been hit or miss so far this season but the real focus will be on Lamar Miller and the rushing attack this game. The Texans average 34 rushing yards per game, and you cannot be so one dimension in this league.

Who do you think will win Primetime tonight? The Panthers or the Texans.