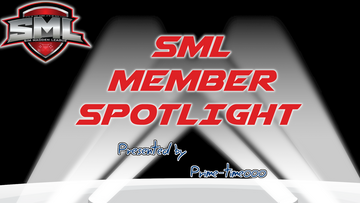 In the Spring of 2016, the SML was formed by two brothers while devouring a box of pizza. Six Madden generations later, the league has grown into something greater than I could ever imagine.

Through the years, there have been several instances where I have reflected on what has been the secret sauce behind our success. I asked myself: Could it be giveaways? Or earning the Simbardi trophy if you win the Superbowl? Those were good answers, but material items only get you so far.

My brain then went to content. People love a great show – that said, I have seen many content creators start leagues that have failed. So, it had to be something different.

It eventually dawned on me that the answer to the question is extremely simple. The SML has grown into one of the best leagues in the Madden community because the members we have. I am a firm believer that the culture we have built is unmatched.

I will not pretend we are perfect; we have hiccups and areas to improve – but I genuinely care about every member in this league.  In the SML we are more than a group of Madden players – we are brothers.

The reason for the backstory is to help explain why I will be writing these articles weekly. Our members are unique, and they deserve recognition.  So, without further ado let us look at a the SML ageless wonder – Stezo_DaGawd

Stezo, often referred to as Woods is 45 years old – which makes him ancient in Madden years. That said, there is far more behind this man then just a soothing deep voice and a peppered beard.

Now, I know what you are thinking… What is this dinosaur doing in the SML? And to that I say - he has a rare competitive fire that hasn’t waned since Madden 98’.

“I started Madden 98 super NES because of my cousin… (I thought I would still be playing but) I expected Madden to be under a different name by now.” Woods said.

One unique thing about Woods is that he returned to the Browns to see if he can finish what he started last cycle – and so far, he appears to be well on his way to a second straight playoff appearance – and his confidence is growing.

“I always feel like I have a punchers chance (to win a Superbowl.) And I will stick around until my skill level drops below the ‘worst’ player. Winning one will only fuel me more.”

In most circumstances I would tell someone like Woods to make sure he is signed up for his AARP card. However, he has defied all odds and is playing in one of the most competitive leagues PlayStation has to offer – and has proven, age is just a number.