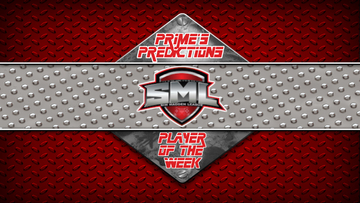 Throughout history, there have been many great combinations: Peanut butter and jelly, Montana to Rice, Manning to Harrison, Kobe and Shaq, and yes, Prime-Time000 with ZZtheGreat. Now, starting in 2020, to save 2020, a new duo has formed - Prime-Time000 and DeathWish22.

Our goal is simple. We want to recognize a player of the week each week of the regular season. Everyone always gives praise to the players who are dominating the league with their offensive skills, however we want to give praise to those who dominate the league on defense. Player Of The Week (POTW) is a defensive award. Each week DW will be handing out a POTW Award to the squad/team who allows the fewest points scored on defense against them. Simple right? Shut down your opponent for the week and receive praise from your peers while being honored for your stellar defense with an award. This award will be delivered weekly by Deathwish (DW).

***If there is a tie for the fewest points allowed by a team for the week, the first tiebreaker will be chosen by the team with the largest winning margin over their opponent. If a second tiebreaker is needed the award will go to the team that allowed the fewest total yards on defense.

We also want to look forward to the future, and that’s when Prime steps in with his predictions. He will not only track and predict weekly matchups - but he will also give an expected score, and chart his overall accuracy! So buckle up, because it’s going to be lit, it’s going to be fire!

We had a tie in Week 17 for fewest points given up between two teams that both gave up 3 points to their opponent. However, Stezo won the first tiebreaker by scoring the most points against his opponent.

Finally! We officially have the winner/leader of the POTW Award on the season! Just in perfect time Stezo brings home his 3rd POTW Award to break a 5 way tie for first place and officially be crowned Player Of The Year! Congrats Stezo!!!

Also, in typical fashion, poor KJ officially puts all the nails in his coffin to be dubbed Loser Of The Year. Giving up this POTW this past week KJ expands his lead by 2 total POTW Awards given up and ends the season with 4 total. Better luck next year my dude.

I will never bet against myself. Go Colts! -6.5

Vikings will lead from start to finish. -11.5