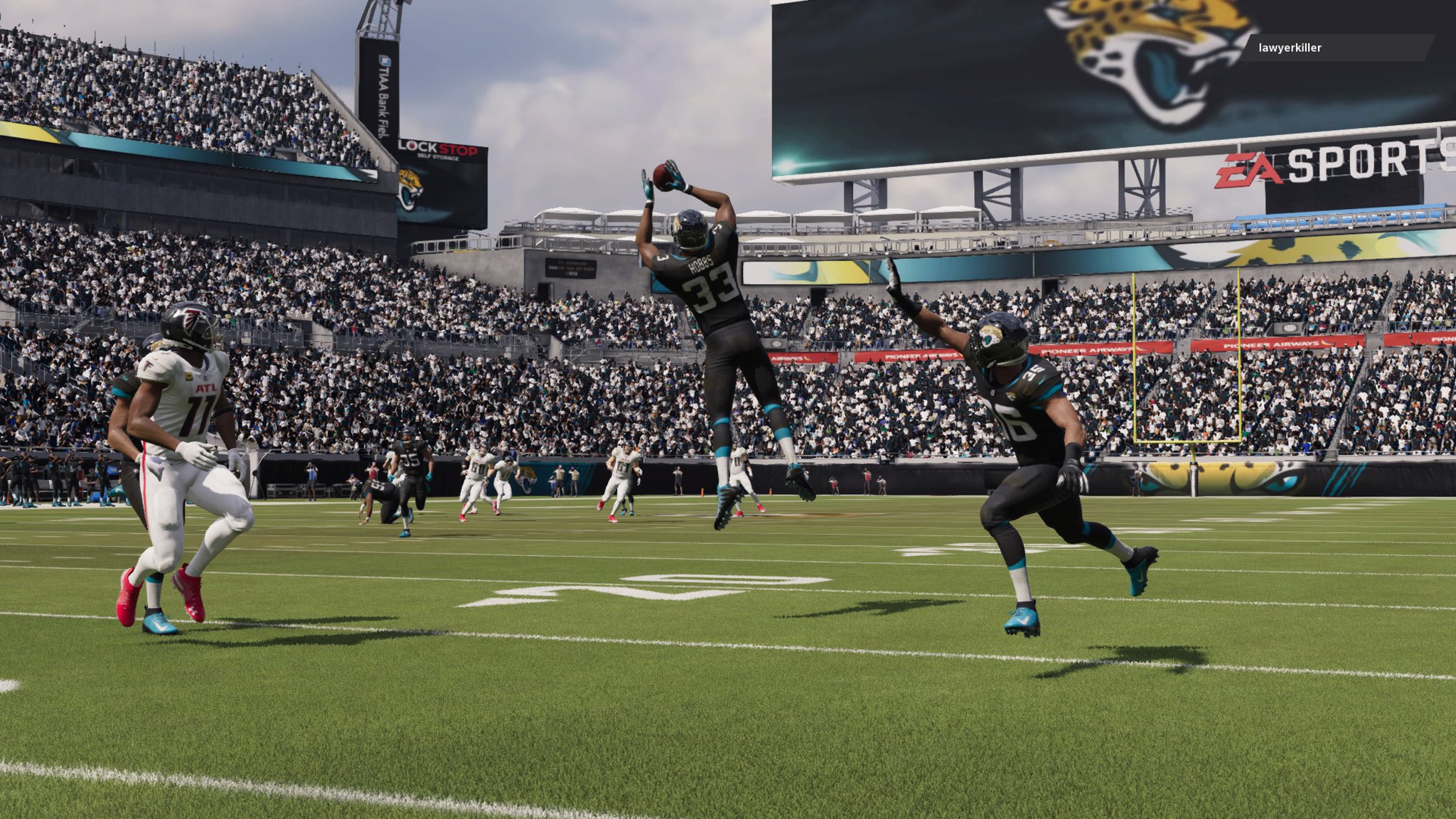 With a playoff spot already locked up for Jacksonville, they looked to go into this game and play spoiler for Atlanta.  The Falcons needed a win to keep their playoff hopes alive and Jacksonville spoiled those dreams.  The offense looked ready for the playoffs, while the defense continued to create turnovers.

Josh Allen's last game of the regular season saw him post an 82% completion rate on 14 of 17 passing, while racking up 233 yards and one touchdown.  He also threw one interception on a bad route by rookie wide receiver Cody Sutphin.  Allen also accounted for an 8 yard touchdown run.   Rookie Antonio Hendricks put a nice cap on what has be a spectacular rookie campaign, running for 111 yards on 15 carries and one touchdown.  Hendricks added another 106 yards through the air on his 6 catches.  DJ Chark notched another touchdown reception on the season to start the scoring in this one.

Defensively, the Jaguars held the Falcons to only 14 points and forced 4 turnovers.  The turnovers proved to be too much for the Falcon offense to overcome.  Khalil Mack and Josh Allen each record a sack in the win.   The Jags had pressure all game and some of that pressure led to the interceptions.   Cameron Smart continued his hot second half of the season with another interception that he took 48 yards into Atlanta territory.  Second year cornerback, Alex Hobbs, has impressed this season as he steps in for Sidney Jones, who was sent to Chicago for Mack in the offseason.  Hobbs had 3 interceptions in this game and a pass deflected as well.   He accumulated a total of 97 return yards, including a 48 yard touchdown return.  Cortez Street, Luq Barcoo, and Jabrill Peppers all had deflections as well.

The Jaguars will now get to sit back and see what team will come out on top in the AFC North.  The Jaguars are very familiar with both teams and expect a tough round one opponent either way.