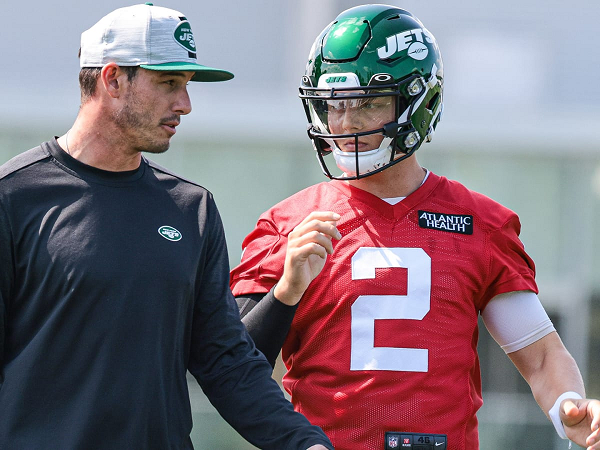 Head Coach Mike Ditka felt that change was needed on the offensive side of the ball and made a quick move to snag rising star Rob Calabrese from the New York Jets.

For Calabrese, he joins the Bears after one season as the Quarterbacks coach in New York, following two seasons as an offensive quality control coach in Denver working with the quarterbacks exclusively.

Coach Ditka laid out the plans for the offense pretty clear in a press conference following their playoff loss to Green Bay, which was echoed later following the release of former coordinator Bill Lazor,“We have got to get better at game planning as an offense and protecting Justin, I feel like right now we’re too gimmicky like a college offense and we’re missing that smashmouth approach”, Ditka said. “We’ll get to looking for someone that values a balanced offense and letting Fields be an X-Factor on the field that we know he can be.”

Calabrese brings a vision that we believe Ditka and all Bears fans will love, but he’ll have to do it during the first year of a rebuild though, so this alone will add a huge challenge.