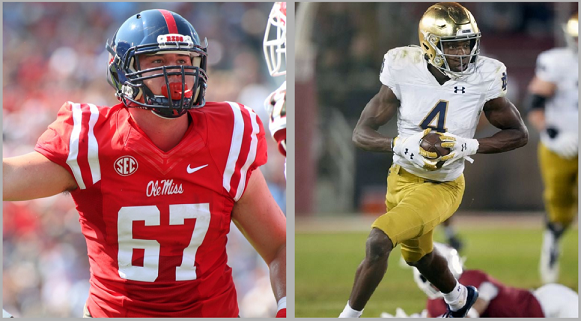 Entering the offseason, the Chicago Bears had very little cap flexibility and glaring needs all over the roster, and while they couldn’t do much to make an immediate impact on the team, they were able to secure a better outlook for the future.

Free Agency came and went and as predicted; Chicago didn’t make a splash, but they did grab up a few players that will provide depth and give the Bears a chance at developing them into long term role players.

The draft on the other hand was a pure crapshoot on who the Bears would ultimately select. They traded away Khalil Mack to get the #6 pick, and then promptly traded that pick to move back to #13 in the draft. In doing this, the Bears were able to secure multiple first round picks in the 2022 draft, as they look towards the future. But this draft wasn’t lost, as Chicago was able to secure building blocks towards the rebuild, they have been talking about.

Going into the draft, Offensive Tackle, Defensive Tackle, Outside Linebacker, Cornerback, Wide Receiver and Tight End were marked as positions of immediate need. This is who the Bears drafted.

Hoskins being available at #13 was shocking to Chicago, they had already circled a Cornerback on their list when this pick came up and they could not pass on the chance at landing someone to keep Fields up-right. While Hoskins will need a year to grow into the SPA game, he’ll be a solid piece.

This turned out to be a surprise pick as Chicago was rumored to go Defensive Tackle here. But at 6’5”, 225 lbs with great hands and leaping ability; It was hard for Chicago to turn down a player that could have easily been a 1st round pick. Austin is the type of player that could make an immediate impact and become Fields #1 receiver for years to come.

Nolan is a bit of a project player that will need a few years in the system before getting his shot. He has all the tools and upside to be a future SPA starter, but he’ll need to wait for his chance while perfecting his craft. The Bears chose Nolan based on everything above, he will provide depth and he’ll be able to get better as time goes on.

As soon as McKee was selected in the 5th round, sources say that everyone in the war room blew up in excitement. The Bears had circled him as a high round talent but had to wait 2 full rounds before getting their man. McKee had disciplinary issues at South Carolina and was suspended for the final 4 games of the college year, this is what led to his free fall in the draft to a late round pick to undrafted status. But Chicago was able to have a one on one with him enough to see past the issues we all had heard about. McKee could be on track to slide right into Hicks position as soon as his contract is up next season.

With Cole Kmet in Chicago, Koerner comes as more of a depth player. But can get serious play in this offense. He’ll be a lot like Darryl Nolan, but he’ll be expected to contribute a whole lot sooner.

Upshaw is a solid pickup for his spot in the draft. Injury concerns really dropped his draft stock, and if he can get past the injury plagued history he could turn into a valuable member of the Bears. This pick was a very low risk- high reward for Chicago. At 21, Upshaw has plenty of time to learn behind Hicks, Goldman and Nichols.