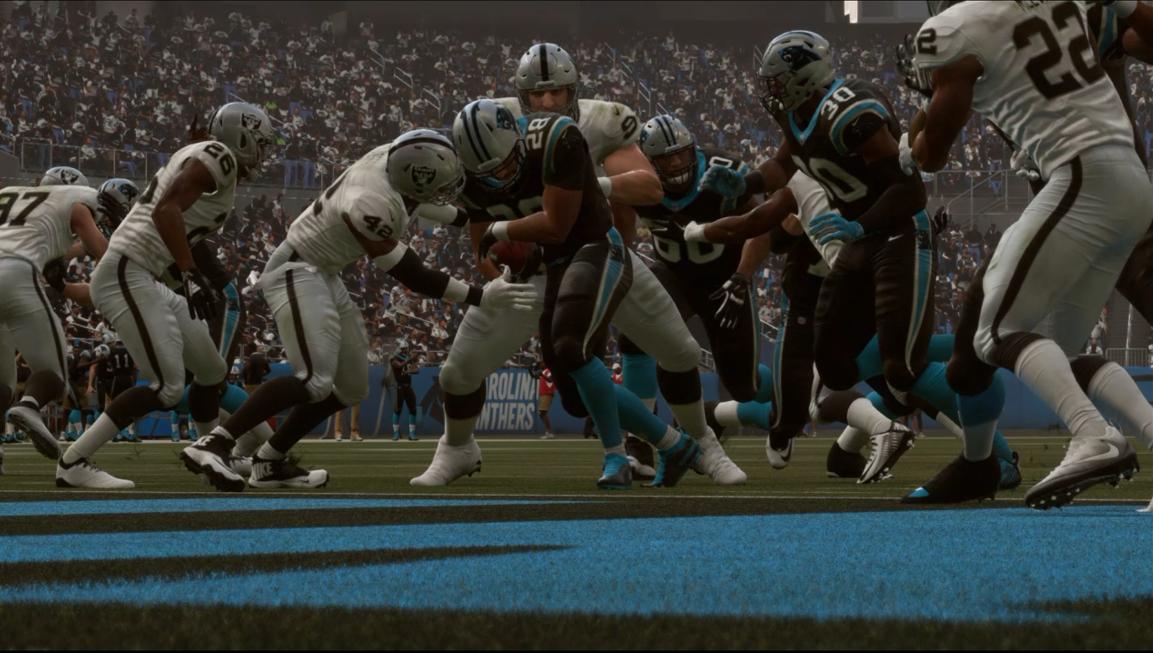 The first quarter of the PML season in the rearview mirror and your Carolina Panthers are 3-1, which is their best start since 2017 (where they started off the season 4-1). Here’s how the first four games of the season played out.

The Panthers opened the season at home vs the Raiders in what looked like the beginnings of another dreadful season. Cam Newton turned the ball over 5 times. Thanks to great special teams plays, the Panthers managed to stay in the game and eventually win it after a game winning field goal by Graham Gano.

Player of the Game: FS Dameon Baber – picked off Derek Carr twice, including the interception that changed the game with a little over 2 minutes to go to allow the Panthers to score 11 points in the final minutes to win.

In their 2nd rematch since Super Bowl 50, the Panthers fail to the Broncos once again. Carolina held a 10-3 lead until late in the 3rd quarter. Cam Newton totaled 3 INTs in this game, but the most critical turnover happened when 3rd round pick AJ Dillon fumbled at the goal line on a long drive that would have put the Panthers in the position to take the lead in the 4th quarter.

Player of the Game: WR Curtis Samuel – totaled 133 yards on 5 catches and played a vital role in keeping the Panthers in this game into the 4th quarter. Samuel’s biggest play came halfway through the 4th quarter on 60 yard reception where he swirled and juked around Broncos just before the infamous Dillon goal line fumble.

We may have gotten our first glimpse of new head coach Jesse Hinson’s unique defensive scheme in the first of the Panther’s divisional matchups. The Carolina defense brought down Matt Ryan 6 times and Donte Jackson picked him off 3 times. Rookie runningbacks Sewo Olonilua and AJ Dillon both scored on the ground in this one.

Player of the Game: DE/LB Emmanuel Ogbah – 7 tackles, 3 sacks. Ogbah showed why he was the Panthers primary free agent target this past offseason as he was a nightmare for Matt Ryan in this game.

In what was a very flat performance by both offenses, Carolina escaped Arizona with a win mostly due to several injuries to the Cardinals throughout the game. Cam Newton even caught a pass to open up the second half in an attempt to spark the offense. Luckily rookie runningback was Sewo Olonilua reached the end zone late in the fourth quarter to score the game’s only touchdown. That was just enough to win it for the Panthers.

Player of the Game: Panthers Run Defense – Held the Cardinals to 35 total rushing yards. Emmanuel Ogbah had 3 tackles, with a sack and a forced fumble in this one as well.

Panthers upcoming schedule: vs Min, at NO, at GB, BYE