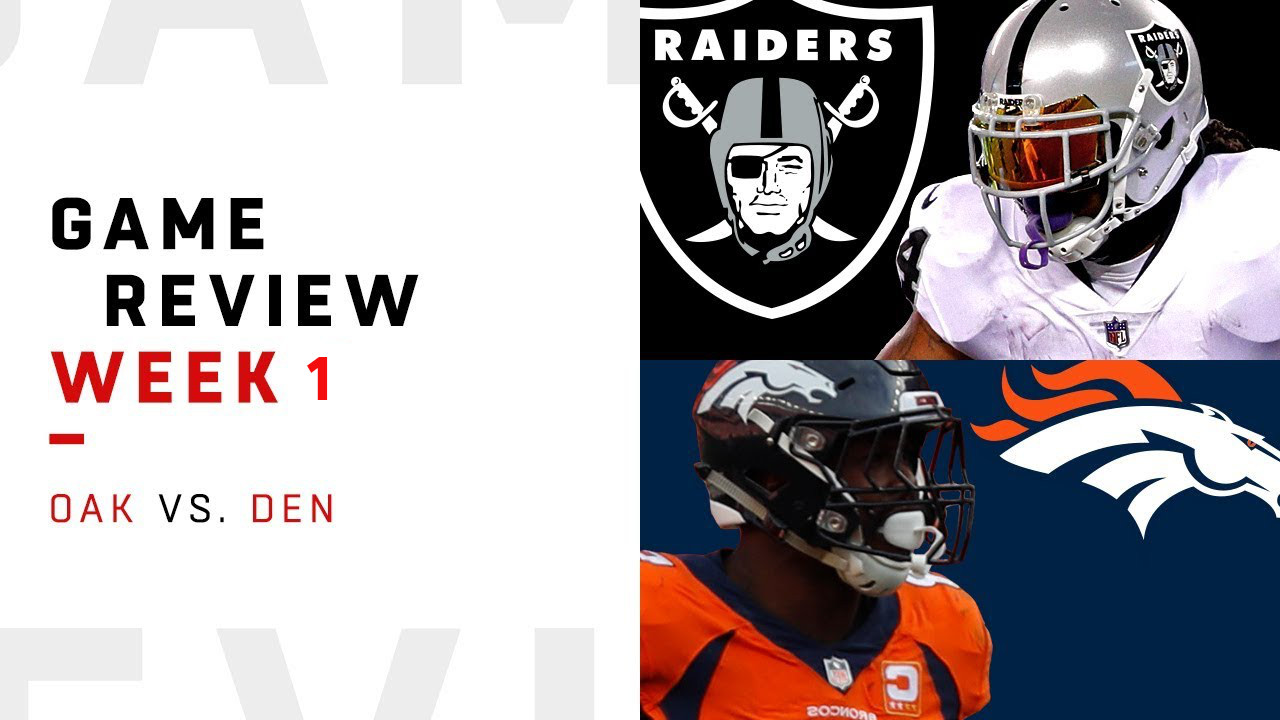 The Oakland Raiders have a tough schedule early in the season and need to gain momentum early to erase the taste of their horrible season last year. They kicked things off against division rivals, the Denver Broncos, at Mile High Stadium.

A back and forth game the Raiders fought hard but fell short 35-38. Cooper and O’dell combined for almost 300 yards with 2 TDs for Beckham in David Jones very excellent season debut. Also of note  the teams offseason acquisitions played major roles.  Danielle Hunter started the game with 2 tackles for a loss that ended Denver’s first drive with a 3 and out. Newly signed CB Logan Ryan got the inaugural sack of the season for the #RaiderNation.

The Raiders however still haven’t shown much promise in the running game and second year RB Rodney Anderson showed visual frustration on the sidelines being pulled out on critical 3rd and shorts and after big gains. Anderson feels as if he should be the featured running back but the coaching staff are pushing a run by committee approach with Gaskins and Killins Jr subbing in for Anderson. We will see if Anderson makes his presence known on the team or becomes a locker room issue down the line.

With Jones playing at this level there is a slither of hope in Oakland. They have a tough schedule this season but are a much improved team looking to play upset in a few big games and maybe make a run for a playoff berth if Amari can stay healthy, Jones continues to play like he is playing, and this defense plays to the level it is capable of.