CORE RULES:
■ This is a sim league! Play your games as a real team would. Constant 15 step drop-backs, rolling to sideline and heaving across field isn't allowed.
■ Play as you want to be played. If you're down big late in the 4th and your opponent is kneeling the ball out, and you call a TO on defense, no complaining in Slack that your opponent then threw a bomb for 70 yards. Any gentlemen's agreements go out the window at that point.
■  No scoring on a pass if you're up by 28. You may score on a running play, defense or special teams. If it is deemed the score was run up while leading you are subject to sitting starters for multiple weeks.
■ No running up the score, use common sense. Nobody likes getting beat 50-3. If you have the ability to run the clock or kneel the ball to win the game, you should not score again.
■ Chew clock cannot be used outside of the 4th quarter.
■ No onside kicks unless they're needed, and only in the 4th quarter.
■ No running the same play (offensively/defensively) constantly, i.e. running 8 screens in one drive.
■ Mix up your defensive play calling. Constantly running Cover 4 drop or Cover 3 Sky, etc out of three formations is not mixing it up. If you feel as if your opponent is running the same defensive play, get proof with video either via Mixer, Twitch, or uploading to XboxDVR.com.
■ Must blitz at least three (3) defenders a play.
■ No WR user "swerve" to break the AI coverage.
■ Do not restart CPU games. Once you start a game, finish it. If you're losing or a starter gets injured, DO NOT restart the game. If you have to restart the game for a technical issue, have proof with a photo of your screen. Also, do not Super Sim any of your game as it can cause inflated stats.
■ Rage quits / concedes will be treated as the same thing. The first instance we have of either one of these will result in a harsh penalty at the admin committees discretion, either being put auto for multiple weeks or loss of draft picks. Second instance of a user quitting in any fashion will result in removal from the league.
■ No tanking! Blatant tanking will result in loss of a draft pick.

Not following any of these rules will result in sitting of players, or going auto, whichever is determined by the admin group.

There will be no exceptions for going over yardage limits, close game or not.

While winning:
■ 4th and 1 or less on opponent’s half of the field, with less than 4 minutes to go in the game. 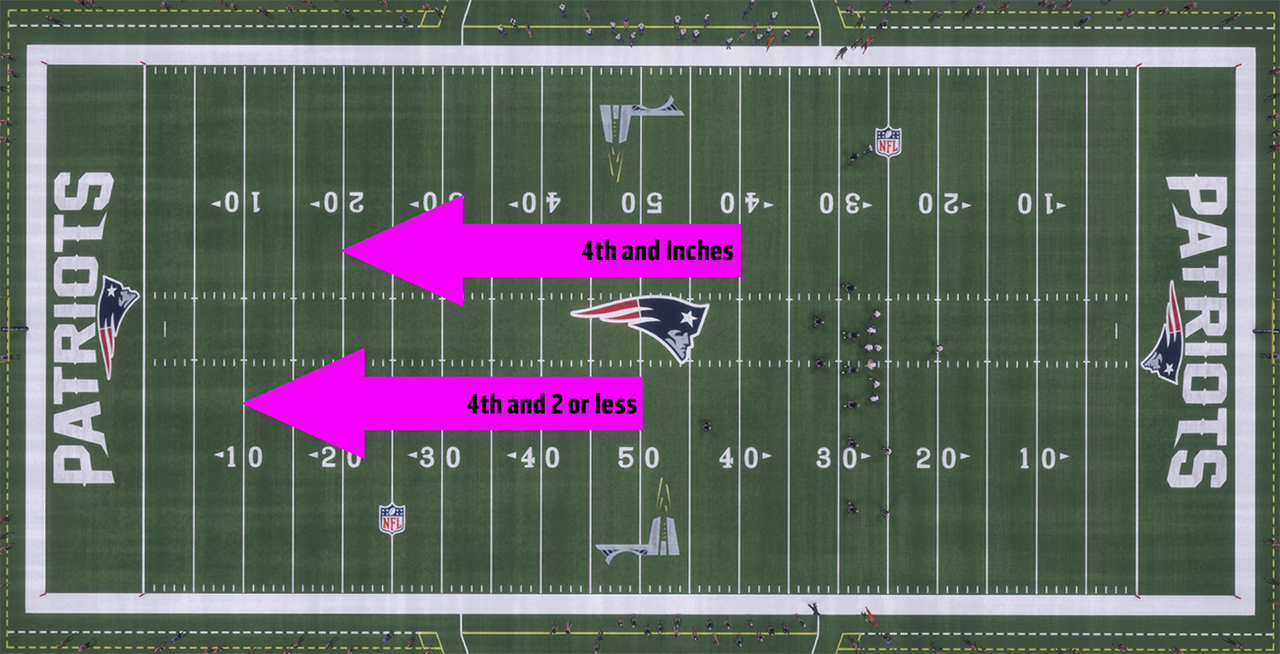 Monster formation is not allowed. You may use the playbooks these formations are included in, just don't use any plays out of this formation. If your opponent uses the formation in-game, PM them that it's not allowed and let and admin know with video proof. 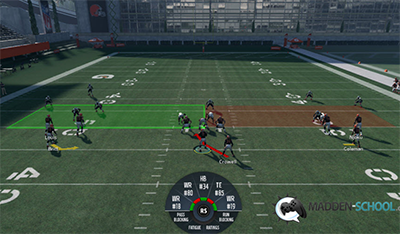 SCHEDULING:
■ We roll quick here and try to advance the league every 48-72 hours. If there is ever an issue, always let the commissioners know.
■ If you are the last game and are scheduled to play CPU  you're subject to being fair simmed so we can keep rolling - even if the scheduled advance isn't for a few more hours. Advances should not be held on a user v CPU game as you can play that at any point.
■ Use direct messages on Slack to schedule your game. Be proactive in reaching out to your opponent, don't just wait on him to contact you.
■ If life comes at you and you can't keep up, let an admin know and we'll work through it. If you just go dark for an extended period of time we might look for a replacement player.
■ Always reach out to an admin with any questions or scheduling conflicts.
■ If you no-show a scheduled time to play, it will be up to the discretion of the commish of how the game will be played or simmed.
_______________________________________________________

YOUR PLAYER RE-SIGNINGS (in season)
As we have a few CPU teams, we cannot enforce realistic resign rules on the computer teams, so all re-signings will be open with the exception of no 7-year deals. Please keep your resigns fair and realistic, and remember if you throw a ton of bonus at a player you will most likely be married to him as he'll carry a huge cap penalty if you trade or drop him at a later date.

Any re-signs deemed unrealistic and over the top will be reviewed by the admin committee, and action may be taken if there's any crazy contracts ie: a 74 ovr WR to a 4-year $85M deal. Use your best judgement.

If you offer a player a 1 year deal worth a lot of money, and plan on re-signing them after the season is over, you must give them a contract that is worth at least 75% of the 1 year deal. This is to prevent teams with a lot of cap space from giving players huge contracts and then re-signing them for a lot cheaper the following off-season.

FREE AGENCY BIDS (after Super Bowl)
Since we have a few computer teams, with no way to limit how they bid, there will be no rules as far as free agency goes. With that being said, keep your offers fair and real. No $100M bids to a 72 ovr WR just because you have the money.

Any player picked up in free agency may not be traded that same season. However, they can be moved once they hit the second year of that same contract.

DROP THEN RE-SIGN
You may not drop a player and immediately resign them to save money on his salary.

POST-DRAFT:
When the draft is complete, free agency will be wide-open.

If you release a player from your team, you will not be allowed to re-sign them. This prevents users from releasing players with a high cap hit, and re-signing them for cheaper.

PENALTIES:
■ Breaking any of the rules will result in a minimum benching of a player. Depending on the severity of the infraction, you can be suspended for one or more games.
■ Continuous breaking of the rules will result in removal from the league and you will be added to the Bad Owners list.
■ All penalties are subject to admin discretion.
■ We don't expect any penalties as we're all grown ass men and know what's right and what's cheese.