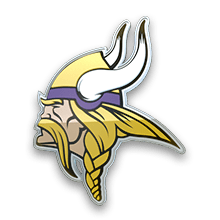 First game with the return of TSG’s most infamous owners Jay Killa, and things couldn’t have looked any better even with a defeat against the Falcons. Killa has been away from the field nearly 3 years after the loss of his mother and definitely picked up right where he left off. We got a chance to interview him after the game.

Sarah : Well that was a shoot out.

Killa : First I wanna say ALL glory to God...and hats off to Beastwood...incredible game.

Sarah : Killa... How does it feel being back in the game.

Killa: It feels great...you know I still have the passion for this and couldn’t stay away from it too long.

Sarah: Take us through the 1st Half and what was said by coach Zimmer to rally the troops that 2nd half.

Killa : He basically told the guys to calm down and play football. Those guys were all over the place...I mean nervous to the point where it was hard to swallow. Coach basically hit the refresh button and got the fellas to do what they do best and that’s ball.

Sarah: Killa with new ownership in the division...do you have any game plan going forward?

Killa: If you talking about Tonic and HoodNemesis...No...no need. Tell them to ask the Bear’s owner who’s division it is...I’m back...Winter is here!!!!!

Sarah: There you have it.  Thanks Killa. Back to you Jim.

*Back at Espn Studio with Jim and Dave*

Jim: Glad to see him back...I heard the guys were so nervous they couldn’t  swallow their own spit.

Dave: Sounds like that feeling when you holding in that cry after a good ass whooping Jim. Hit ya right there under the chin.

Jim: Like someone got a hold of your Adam’s apple

Jim: Glad to see him

- King of the North