Sal took the MBL by storm after he was selected in the 3rd round by the Seattle Seahawks. After immediately meshing with his star WRs DK Metcalf and Jalen Tarpley, Sal showed why he was one of the best QBs in the league. With an average of 53 TDs a season, Masters is far ahead of all the other QBs on our Top 5 and that is a big reason why he is #1 on our list.

I am astounded by the growth of this QB as he was a 7th round pick and showed the Packers enough to win the starting job his rookie year and went on to take this team to a winning record every season he was the starter, including a 14-2 record this final season. Hendricks was also able to lead his team to a SB this cycle as well, is everything you could ask of out of your 7th round QB and more. His consistency and growth is what put him at #2.

Carolina’s Star QB was everything they needed him to be and that was a QB that was able to produce at a high level, but not force throws and turn the ball over. While Everett doesn’t find the endzone as often as Sal Masters who was taken in the same draft as him, Barry threw less INTs, with a higher Comp % and a higher QBR than Masters. His ability to complete passes at a high level and control the game was huge for this Carolina Panthers team and is why he is at #3.

After an amazing rookie year, Mick Jones was never really able to replicate that type of success in terms of TDs and Yards combined. Despite that Jones was still able to put up big numbers in his 4 seasons as the Bengals starting QB. Playing in the AFC was tough for most teams as multiple times Jones led the Bengals to winning records and missed out on the playoffs. Mick Jones’ production either way is undeniable and that is the reason he is #4.

Despite having two seasons where he saw limited playing time, McCoy had shown when he was given the opportunity to play he showed up and produced with the best of them. Going from a Falcons team that did not see him as their future and going to a Titans team and showing that he is one of the best propelled Sam. If McCoy played full seasons he very well could of been as high as #2, but with his limited play he falls down to #5. 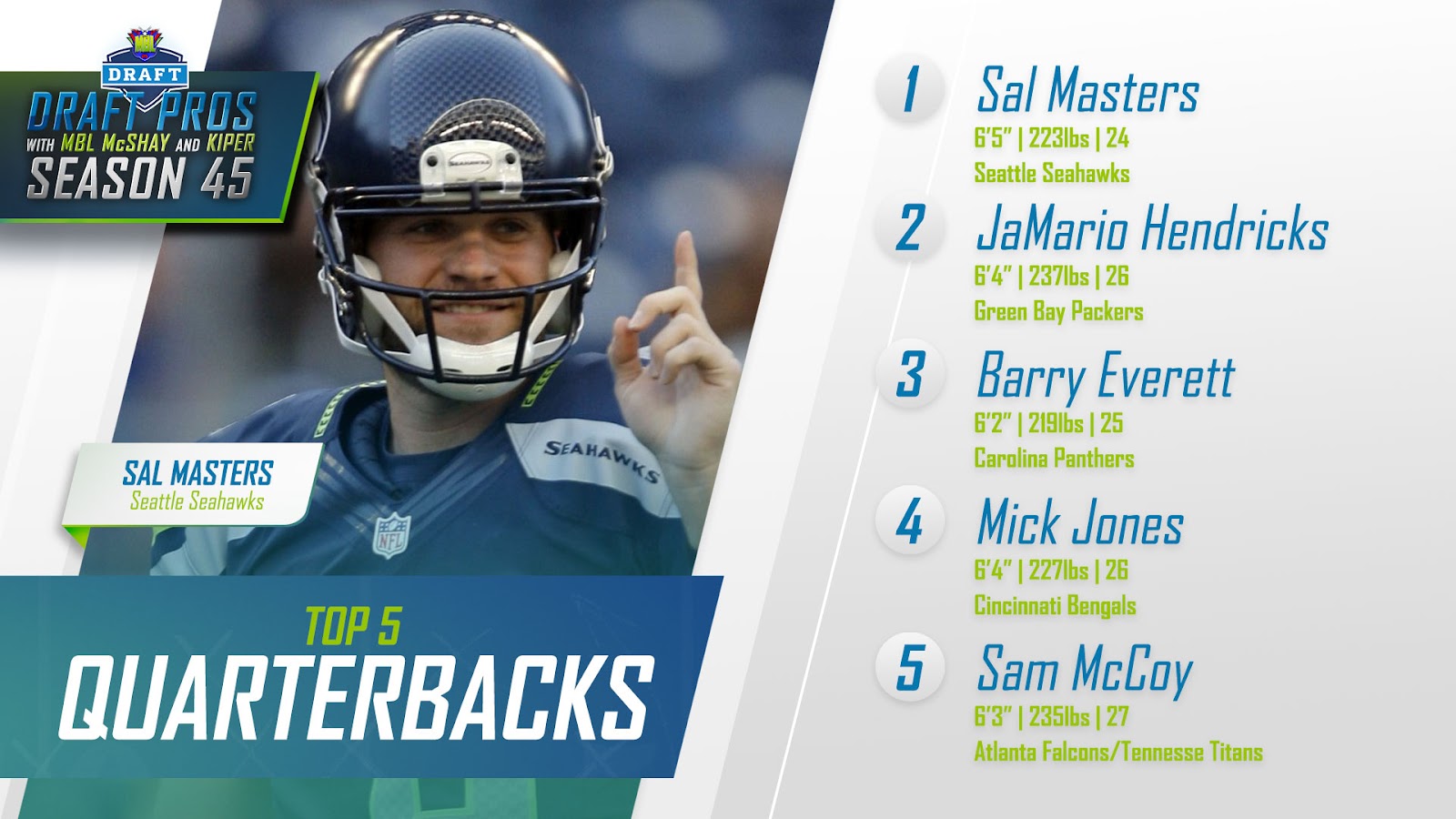