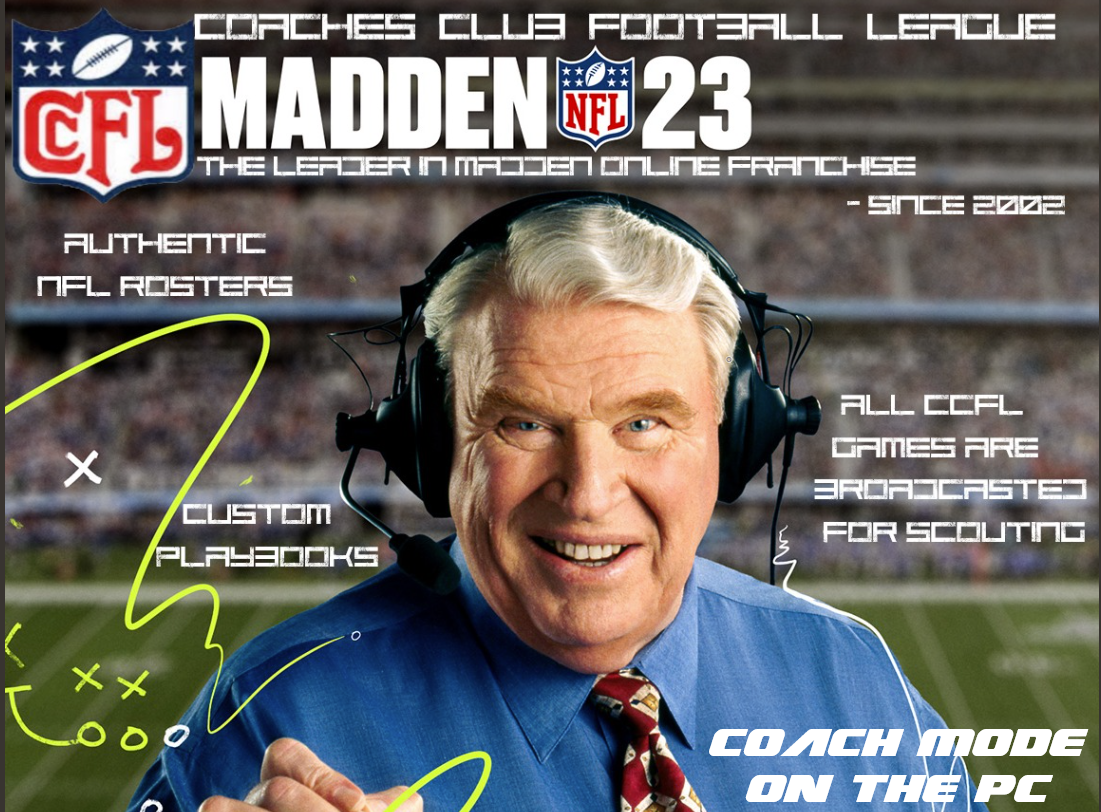 by DOLFANMIKE | 2 months ago | 2 Comments

Things to know about the CCFL 2023 (Coach Mode, on the PC):
Things to know about the CCFL 2023 (Coach Mode, on the PC):
- We will still use the NFL on Madden 2023 theme, meaning that we will maintain the same rosters in the CCFL as there are in the NFL. So any NFL trades, cuts, or FA pickups will also be processed in the CCFL. The CCFL does not allow any other trades, signings or draft picks unless the NFL team did the same moves.
- Coaches may use custom playbooks and call any play anytime they want, as many times as they want.
- One game per week, with advance as soon as all games come in or no later than Saturday to Saturday.
- Coaches may own one NFC team and one AFC team, or just one team in either.
- The CCFL will be using Madden CUSTOM rosters rather than the usual default rosters. While this means that rosters will all be rated within 6 overall points of each other, teams with lower overalls will progress faster than in years past. Among league adjustments will include: All Pro Bowl players, or All Pro Players will be rated 90+.
- All CCFL games will be broadcasted so that Coaches may scout opponents and prepare for games. Broadcasting games also allows the league staff to check on player settings and make sure everyone is playing on a level playing field.