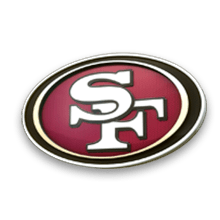 As those of you that follow this blog know we've gotten off to a rough start.  Our defense has given up 35 points per game on average and that simply cannot happen if we expect to compete.  We are not the "Air McNair" show nor the "Greatest show on Turf".  This team is simply not built that way.  Our draft philosophy leans more toward the "grind" of the game.  Ground and pound in hopes of opening up the play action looks that are so often successful in this type of game planning.  What has happened to this point is we've fallen behind and put our team in poor situations where we've had no choice but to air it out in an attempt to get back in the game.  After our week 6 loss I was approached my a media member asking "Are you looking ahead to the draft?"  This line of questioning took me by complete surprise.  If anyone else is wondering, the answer is "absolutely not!"  What we're trying to do is win a game.  That's as far forward as anyone in this organization needs to be looking.  If I even hear that kind of talk in or around our locker room somebody will be meeting with me in my office.  Our coach and training staff were hired on a 3 year commitment.  Nearing the midway point of the second season we are not getting the results we had hoped for but I stand by my staff 110%.  I firmly believe that what we are building here will not only work but more importantly be successful for years to come.  A culture of success takes time as well as the right personnel that will buy into what it is we're doing in San Francisco.

The young guys are discouraged right now and that's to be expected.  However, the leaders in our locker room have shown zero signs of backing down.  Hopefully, their example in the locker room, the classroom, and on the field is rubbing off on the youth of our team.  I have to believe that it is.  In our weekly meeting yesterday Coach Pita expressed a confidence I've not seen from him in some time.  When I quizzed him about it he said "Woodard is on fire".  Must've been a great week of practice.  I certainly hope it translates on the field.  Our next three games are two division games and one against last years AFC conference champion.  Until next week..........................#trusttheprocess