by Darkbrawler | 2 years ago | 1 Comments 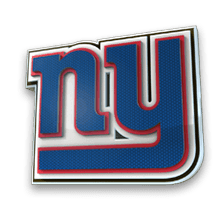 The Giants are on the road for the first time this season and it’s to face the division rival Dallas Cowboys. The Giants didn’t do to great last week against the Jaguars and will look to comeback from it. The Giants can’t get their first win though as they lose 21-45 and fall to 0-2.

Rookie quarterback Kyle Lauletta played a great game, completing 18 passes out of 25 attempts. He threw for 350 yards, 2 touchdowns, and 1 interception. He did lose the ball 2 times and they both led to touchdowns being scored by the Cowboys but the offensive line was getting bullied the whole game so it isn’t only his fault.  This doesn’t take away from the amazing game he had.

Saquan Barkley had a 100 yard game this game, making this his first 100 yard game of his career. He had 15 attempts for 47 rushing yards and 1 rushing touchdown. With that he had 4 receptions for 67 yards, totaling 114 yards on the day. He’s slowly picking up the run game and the Giants hope soon he can dominate it.

The defense was nonexistent most of the game. They had no interceptions and let Dak Prescott throw perfect and not miss one pass. Besides that Olivier Vernon had the only 2 sacks for the defense.

Landon Collins lead the team in tackles with 7. Janoris Jenkins and B.J Goodson each had 6 tackles behind him. Next was Olivier Vernon and Alec Ogletree with 5 tackles each. Lastly rookie cornerback Sam Beal had 4 tackles.

The Giants aren’t having a good start but can still comeback from it. They are on the road to face the Houston Texans next week in week 3.