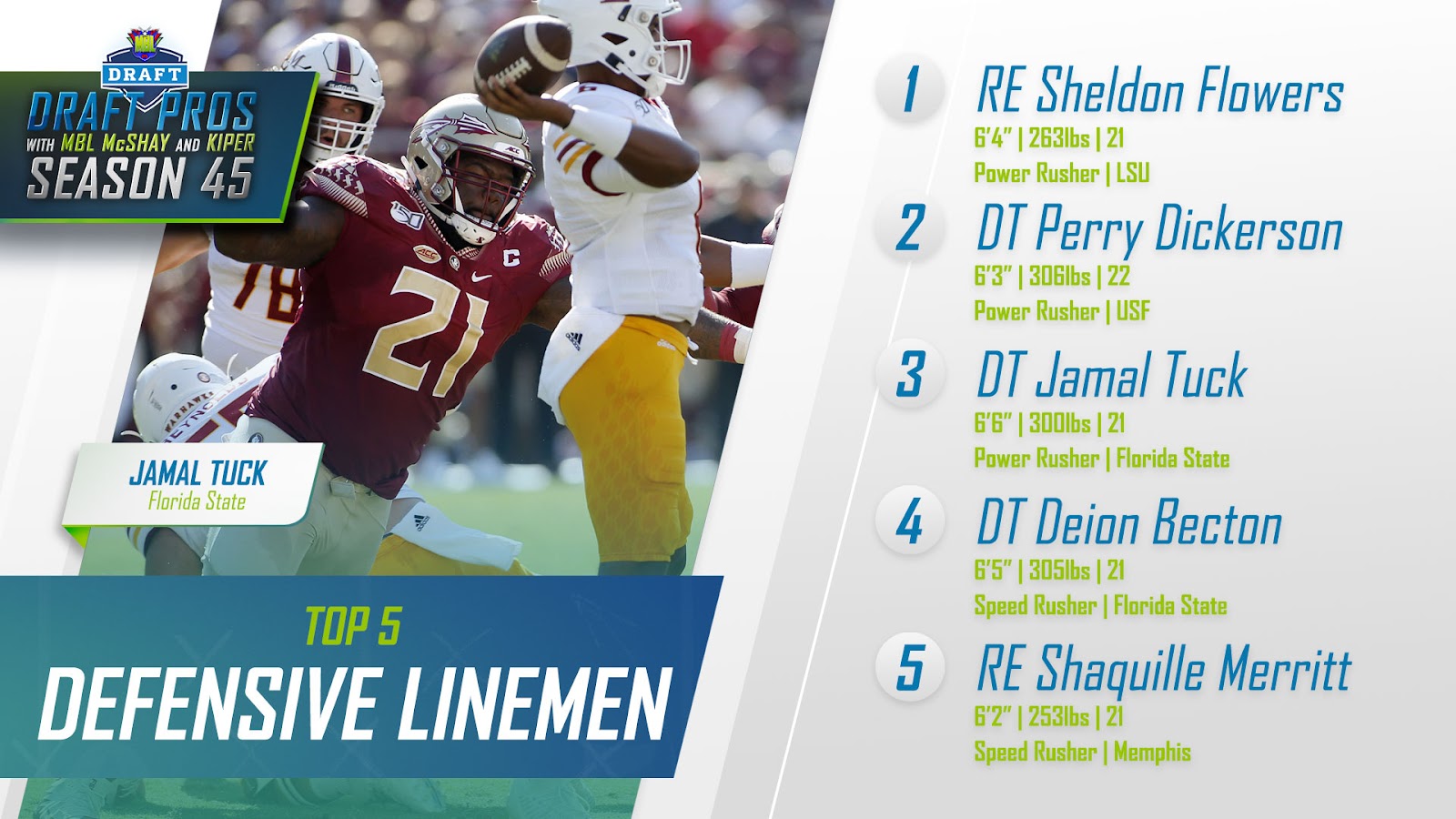 A defensive line group lead by a lot of tough defensive tackles and not a lot of speed. Mostly big interior defensive linemen make up this this years draft class, whether that be 3-4 DE or 4-3 DT majority of these guys make their money by bullying opposing guards and centers. With DT being a major need for most teams, seeing 3 top flight Defensive Tackles is a big plus. Whether you get Perry Dickerson, Jamal Tuck or Deion Becton, you are getting a guy who is coming into your organization ready to get to work. The one DE prospect that is turning heads is RE Sheldon Ferguson who is seen as some with a ton of potential as an edge rusher in the MBL. 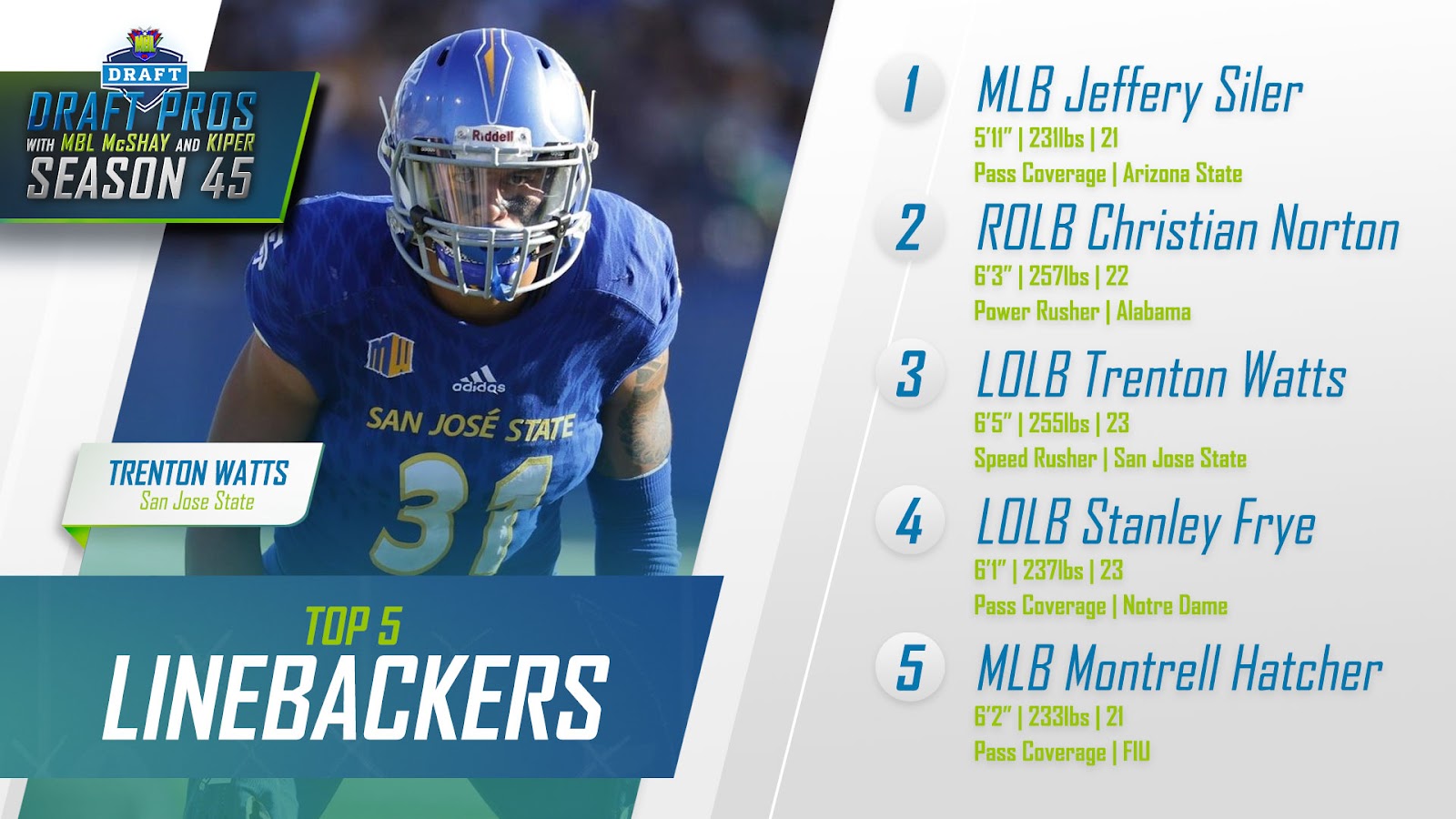 A position that usually lacks in depth and is very top heavy is Linebacker and this year is no different. The 1st round talent Linebacker prospects in this draft are few and far between. Jeffery Siler is the lone MLB that is worth a 1st Round Pick, while OLBs Christian Norton and Trenton Watts lead the way as edge rushers in this draft. I am excited to see if there are any diamonds in the rough in the Linebacker position and where they end up. 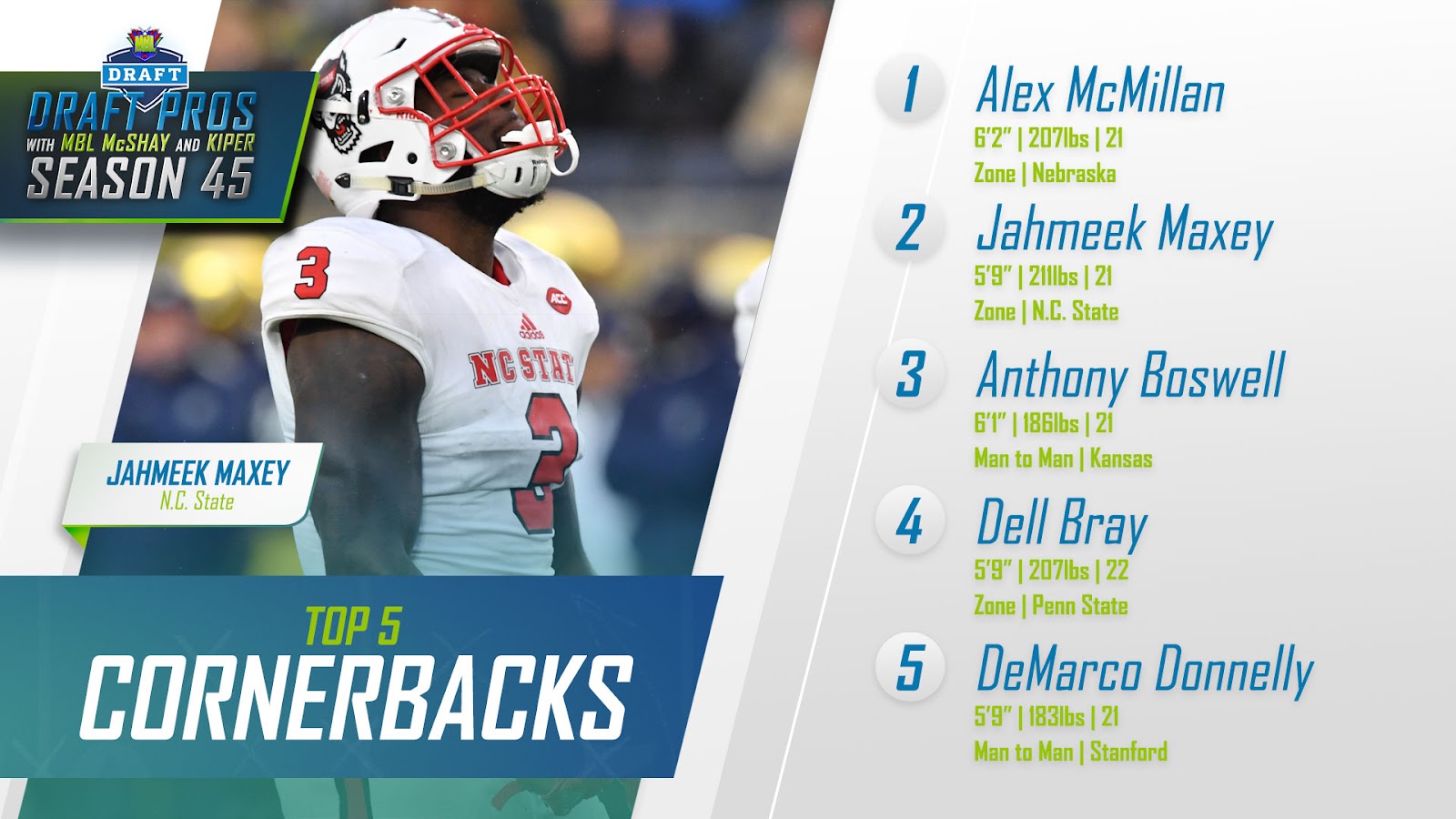 This top 5 at the CB position has a ton of athleticism as all of them ran sub 4.5 40 yard dashes and all of their verticals were above 34”. My only issue with this group of CBs is how raw they are. Alex McMillan seems to be the only CB that is ready to come in and make an immediate impact. With his size and physicality I see McMillan transitioning to the next level very easily and I expect him to be a Top 5 pick in this year's draft. The rest of the CBs in the top 5 I could definitely see going in the 1st round I just think the need has to be there for someone to take a chance on one of these guys. 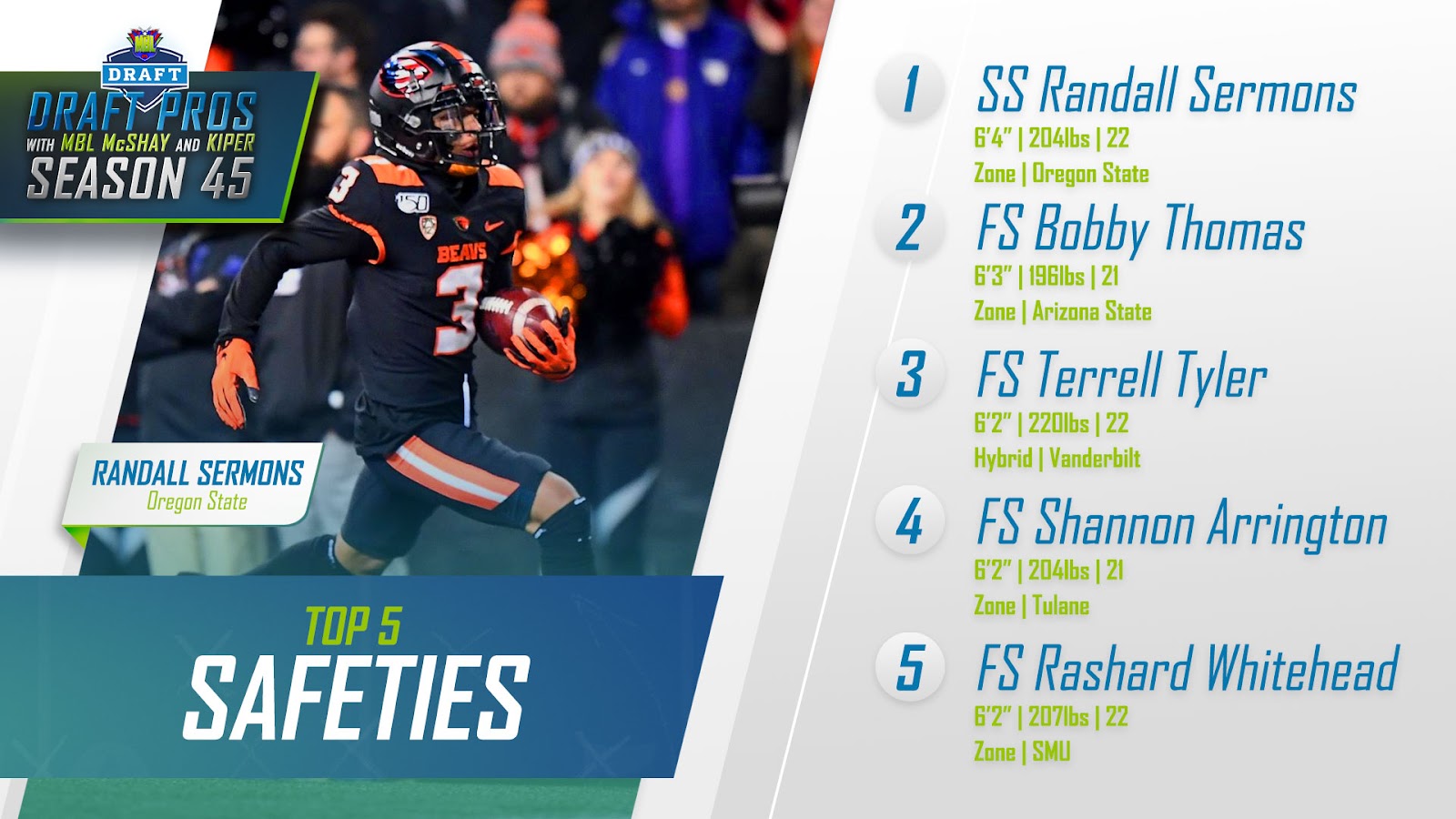 The thing that surprises me the most about this year’s group of Safeties is the size of them as all of my Top 5 are either 6’2” or taller. Randall Sermons leads this group and I could see him going as early as the Top 5 of the draft as with his size at 6’4” combined with his ability to be a run stopper and also play lockdown coverage is remarkable. One of the best classes of Safeties I have ever seen in terms of consistent talent is in this draft and I am very excited to see where these guys go as Safety is a big need for many teams in this years draft.