What I Learned from the Launch Stream Event 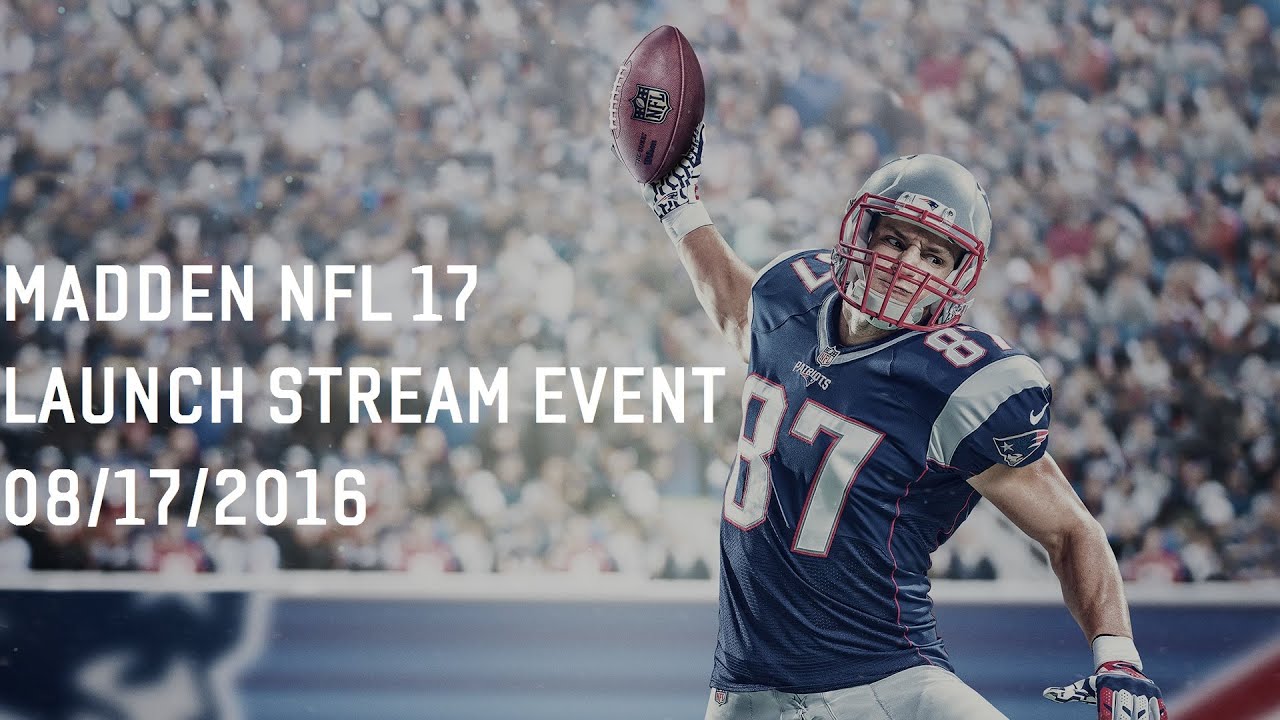 For the past 17 hours, EA Sports has been streaming their live feed for the launch of Madden 17, and they have not disappointed. I must admit, this is one of the most exciting Maddens, for me, since 2001 came out for PC. I am really looking forward to getting my hands on this game and playing with all of the new additions. Today I was able to catch some of this stream and heard notes from others who were able to watch. Let me break down a few things that look great.

Speed has been tweaked once again this year. Over the past few years, they have slowly been making it less and less of an impact and I think they are getting it right. It’s important and that will never change, but it’s not the MOST important attribute that your players should have. Nothing is more frustrating than watching someone user a 66 overall linebacker or wideout with 89/95 speed and just wreck you because they are fast and yet, skill wise, can’t do anything else.

It was said several times on the stream today that 88-89 speed is actually pretty quick on M17. No longer does a player have to have blazing speed to be quick. Now rookies and out of the box players have slightly toned down speed, but still carry a great impact for the right player. I can’t wait to see just how adjusted the speed will be.

In Madden 17, your players spin move, juke move and truck move all have new tiers. Depending on the tier of your player, your player will perform those moves at a different efficiency. Not only has the player ratings been adjusted, but also how you perform those moves has been adjusted. As mentioned in an earlier article, the QB Slide option has been changed and so has the other moves that a running back can perform.

Now you are allowed to do a speed version of that move. This allows your player to make the move without losing momentum, as in the years past. It’s a quicker and smaller move, but your player will keep his speed going as before the move.

You are also allowed a precision move, as in M16. Precision moves are a slower, but more precise move, which will allow for a bigger ‘fake’ and possible bigger reward. These moves will slow you down a big and take more time to preform, so keep that in mind.

Hurdles look amazing this year. No longer will your player just get smashed in the air, which could still happen if you time it wrong, but now your guy will leap over the on coming tackler, like an Olympic hurdler.

The past few Maddens have taken huge steps forward to help players make plays to tip passes and then make a play on the pass after it’s been made. It would drive you insane to see you place your guy in the right position, just to have the pass bounce off his face mask, off his hands, off the back of 3 other players around him and hit the ground. It was equally as frustrating to get to the quarter back and hit him, just to see the ball pop out and ‘incomplete pass’ come up on the screen. Well, no more my friends. Now those potential quarterback fumbles will be actual fumbles. No longer will players allow the ball to be in their area and they not attempt to make a play on the ball. Also, no longer will the ball pop out and just sit there. Now there is no telling where the ball will go once it comes out, players will be reacting to the ball as they do in real life, and new plays will be made as never before.

Ever play someone who ran the same 3 plays over and over. Ever line up and KNOW what was coming, yet not be able to stop it. That also has changed this Madden. Now there will be a Run/Pass Counter option which will allow you to select which type of play is hurting your team and give you options on which type of play you should call to stop that play from hurting your team.

Nano Blitzes, blitzes which were called and adjusted to sack your quarterback before he had the option to pass, have been drastically improved over the past 3-4 years. This year they took even another step towards not allowing those type of plays any more. If you call what the AI considers an adjusted play for a nano blitz, it will cause your players to stop in their tracks and not be able to blitz the quarterback. I seen this in action as they lined up a middle linebacker behind the defensive tackle and at the snap of the ball, the middle linebacker jumped up in the air to avoid the defensive tackle and did not rush the quarterback. It was beautiful to see.

You also can no longer select a defensive end or tackle and move that player off the line pre-snap, in order to confuse the AI. The player is now locked in that position until after the ball is snapped; at which time you may move them how you choose.

Plays on defense will also auto-flip for you. This feature can be turned off, but it will allow your defense to come out and not be out of position at the start of the play. Now, instead, they will line up in the proper positions to run the play which you called. If you would rather the total control, turn this feature off and it will be the same as in the past.

Extra points, as noted, have changed this year. Lots of things on special teams have changed. Four new field goal and punt blocks have been added, new fake field goals and punts have been added and the three click “golf” option to field goals and extra points. This is much harder now with a slight delay and even on the stream, I seen three missed extra points. They even said on All-Madden it’s even tougher and nearly impossible! It’s just exciting that this is now something that guys have to work on and think about. No more give-me’s.

As I stated earlier, this is one of the most exciting Maddens that I’ve seen in a very long time. The game looks amazing and sounds amazing. To be able to see a few of these new features in actual game play, pre-patch, live and in action today – was great. There are tons of new things to look forward to. Tell me what you’re looking forward to the most? Leave me your comments here! 6 more days!.

Good assessment. Looking forward to new and improved CFM features. Disappointed that Shop didn't make the 11pm CFM hour. Understand that he got sick. Hope he will be able to cover with that material next Shop cast.

Great analysis, I just hope EA continues to fight against the cheesers but as with every new thing EA introduces someone finds a way around it. But I am overly satisfied with what I'm hearing.