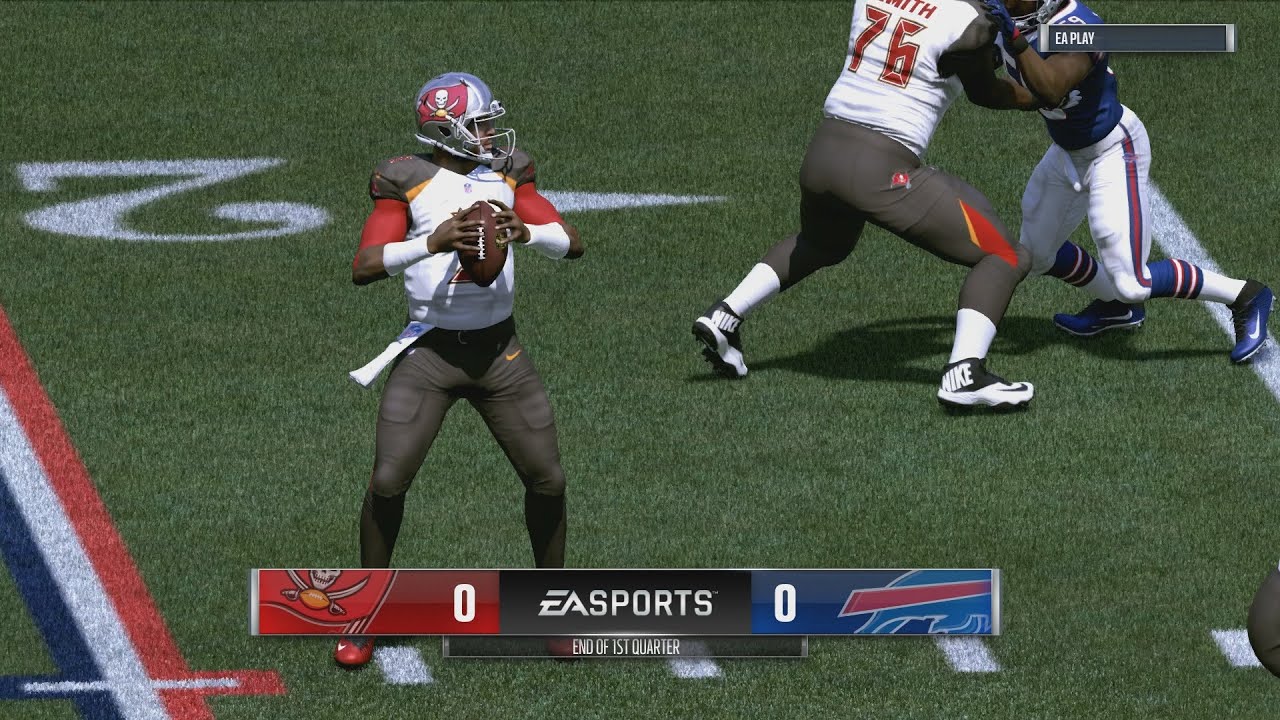 Maybe it's the rumors on twitter or too much turkey (Happy Thanksgiving) but it feels like the right time to talk some Madden here at DaddyLeagues! Lots of great CFM's are in year 2, 3 and even some - 4. With the addition of years comes the remake of older teams, the destruction of cap strapped teams and the introduction of Madden generated rookies. CFM's can look dramatically different in year 2 because owners like to make moves. We'll talk about a few of the different ways to make moves and get your feedback on how your CFM is looking in the years following out of the box.

One of the many lessons which we quickly learned in our CFM is that regression in Madden 17 is a MONSTER. A good player and fairly young player can take a nose-dive quickly once regression decides to take over. This regression can effect the way re-signings and free agency is done in your CFM. Every league also handles contracts in a variety of different ways. Whether anything goes, limited years, limited amount of players or whatever system your league uses to control re-signings; regression, age and cap all come into play. This makes free agency either boring or something to get excited about and usually spend late nights and early mornings checking on bids. With the new system in free agency for Madden 17, players will now sign a majority on the first advance. This now allows those big targets to come off the table early and then teams can fill their team for who they missed out on in the first advance. It's a much better way to handle free agency.

The great divide amongst leagues can be around trades and how they are handled. Some owners love to trade and are itching to trade the second the game is in hand. Some of those trades are to make their team fit their style of play while others are simple because they like to negotiate and make deals happen for their team. Some owners have strict rules around trading; if its not trading within their division, no trades to a certain team, trades only involving players from their favorite college or only players with certain stats. Then there are those owners who don't like to trade at all and want to keep their teams as stock as possible. Trades are a massive part of a league and can change the way a league looks very quickly. Backups on great teams become starters for the weaker teams, while older guys with big contracts find a back-up role on another team with the cap space to carry them. Either way, trades are important and make leagues look different.

One of my favorite things to do as a commish is the draft night. Now all the work leading up to the draft isn't always the most enjoyable, but draft night itself is a blast. The hits, the misses, players being picked right before your pick, studs being found in later rounds and bust being picked in the early rounds. Mix all of that with the fresh excitement of 0-0 records (and our draft show which we do) and it all makes for a really fun night. The drafts seem to be very well mixed and might be one of the best madden generated drafts - ever. Players are not super powerful, you're not finding starting 99 speed players in the 6th round, and players aren't coming in and totally taking over the league. It is not only more realistic but also more enjoyable. It's made draft picks matter and trades for those picks carry weight. Drafts can quickly change the way a league looks by adding a new influx of talent.

I enjoy the way Madden had handled the offseason in Madden 17. I don't think it's perfect but it is very close. Regression is rough on players and needs some tuning, but everything else is pretty spot on. They also have a slight flaw in the fact that a player will not re-sign to your team for less years than what you are offering, no matter how much you make that contract worth. The years must match, and that is a flaw that needs fixing. So leave us your thoughts. How different do things look in your leagues? Who has rebuilt quickly and who has regressed quickly? What lessons have you learned and what changes did you make to your offseason to help those things? We want to hear from you - so let us know in the comments below!

Im just going to say this, too much to post: After last year( for madden 16) and this year, EA hyped how much they put into CFM, most resources ever, I and many i know , are extremely let down with Madden CFM . It is very lack luster, doesnt improve much at all, and the fact its after thanksgiving and we still dont have that app so we can finally use DaddyLeagues to help our leagues out, is just unacceptable.They hyped up this focus on CFM, but anyone who has been around it for years, clearly does not see where its that much improved, and some things went backwards.

Ditto with what Poohty_t said above. The lack of a CFM app, or at the very least re-enabling the CFM website, is at this point an absolute joke. Unacceptable that we have gotten no news from EA, and have been hearing it will be out 'soon' for 3 months. As for the actual CFM, resigning is slightly better but still has obvious and broken oversights. For one, a practice squad eligible player that is signed as a free agent is near impossible to resign as you are unable to edit the amount of bonus offered. Players will still accept insanely low deals if you keep their overall artificially low by not increasing their awareness. Regression punishments hits to quickly and too severely for in game performance, let alone season-long. This coupled with the still flawed XP system is a recipe for disaster a few seasons into a multi-user CFM. For all the resources they claim to have put into CFM it has stayed the same since Madden 15 or maybe even gotten worse.

Slanger, if you look back at one of the other articles there is a video which we made to show you how to resign practice squad players.

Just my opinion, but I think Madden does a very good job on things that are completely new to the game (game planning, practice squad, relocation when it first came out, commentary updates, etc.), however it fails on things that were simple and effective in previous games. Things that people enjoyed and had no business being taken out of the game were tossed aside for no apparent reason ( def. assignments, progression/regression, separate my career mode, THE WEBSITE, etc.). The new things are cool and I enjoy them but a lot of times I don't understand why they keep messing things up that they really could be just improving on and I'm sure that would make a lot of people happy.

The app works like crap of course. So probably another 3 weeks till it's of any use.