I remember the first time I rented NBA Jam. I can’t tell you what system it was for or what year it was, but I can tell you that I remember the feel of that game like it was yesterday. The insane dunks, the fireball three pointers, the quick turbo boost and breaking the backboard if your good enough. Well, if you like throwbacks then NBA Playgrounds might be the game for you, with the same feel of fast paced action and spectacular dunks as the NBA Jam and NBA Street. But, much like seeing your old High School flame, the memories may be fond but the reality will be much more disappointing as you see the wrinkles and grey hairs that NBA Playgrounds contains.

NBA Playgrounds reaches into the popular sports gaming process of earning player cards to build your team. Your original pack opens with 5 player cards to begin building your team. You earn more packets for players and courts throughout your game play. Packs include ‘epic’ and ‘legend’ players to mix with 150+ real players from 30 NBA teams. 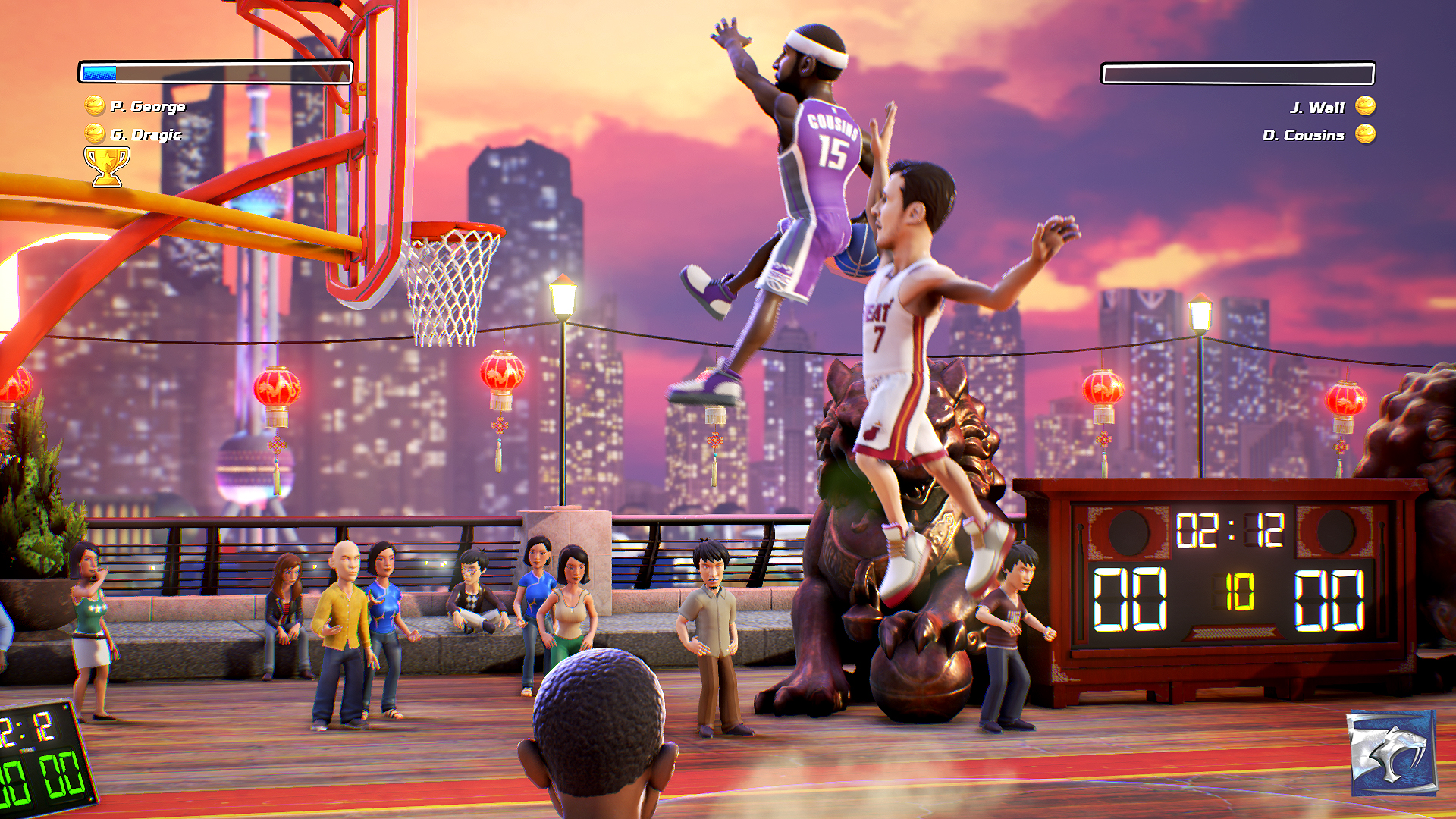 Game play will quickly remind you of the throwback games from your childhood, but the depth of NBA Playgrounds will quickly remind you that you are no longer 12. The game play is quick with lots of action in a very short time. Much like its predecessors, NBA Playgrounds pulls you in with its quick style of play and over the top dunks. That is about where the game hits its high mark though, as flashy plays are quickly lost in an under-performing AI partner on offense and AI defense which has very little rhyme or reason behind its play. The offensive AI will often stand around and rarely attempts to make plays, while the defensive AI will double team often and can be quickly left behind with a few quick flips of the analog stick. 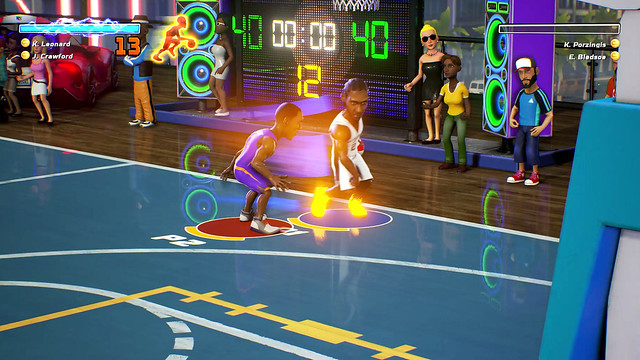 For every big play that you make on offense or defense your team fills up your team’s meter for a special short term boost called a ‘lottery pick’. These boosts are random and can feel like a total waste or a quick lucky turn for the team who won the award. The awards can be anything from double points if scored in the paint, double points for 3 pointers, speed burst, accelerated shot clock, star shot multiplier and even an electric ball which means you can’t miss or be blocked after passing half court. This is all great news for the offense, but can quickly turn a blowout into a swing the other way for the defense.

Shooting with the right players can be a breeze. Online games may take some slight adjustment due to lag, but once you get a feel for your players shot, it will be money more often than not. If you do miss your shot then one of three things take place. Option #1 is that your under-performing AI player will grab a big-time board for you and you are able to kick back out for a shot or get an easy bucket underneath. That easy bucket in the paint better be a dunk for option #2, because option #3 of a lay-up will often leave you feeling like the night of your prom – awkward and frustrated. Lay-ups are the single hardest thing in NBA Playgrounds. The timing is tough to find and often the easiest shot is blown. You will find yourself giving the ball right back or getting another offensive rebound and pushing the ball back out for another deep shot, which is much easier timing than inside the paint.

Defense can be fun with the ability to push your opponent to the ground or swipe like a ninja trying to kill a fly to steal the ball. Blocking a shot, rebounding or even keeping your defensive player movement under control are all frustrating aspects of the game. You will often find yourself losing defensive position to make the block while rebounds often go right by your out-of-positioned player. Allowing the AI player to rebound will often be your best bet and hopes of a quick breakout for an easy jam on the other end. . 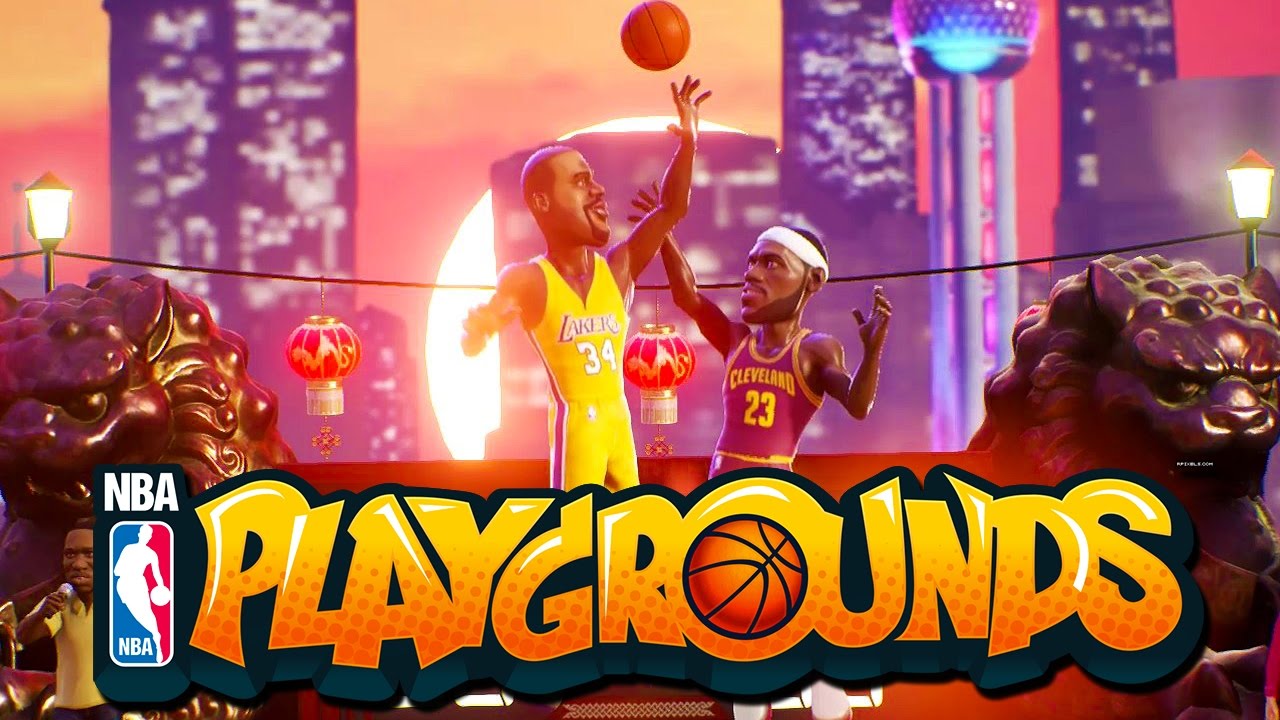 Overall the game is really entertaining and fun if you play it for what it is – a great throwback to a simpler time in gaming where activity and gimmicks made up for graphics and depth. If you’re not picking this game up to be your next NBA franchise simulator, then it can be a whole lot of fun. This is the game you plug in when you want to take a break from the deep intensity and story modes of other games, to relax and enjoy some flashy plays and outright craziness that NBA Playgrounds offers. It may not be what you remembered, but it’s a great way to add in some throwback fun into your gaming mix.