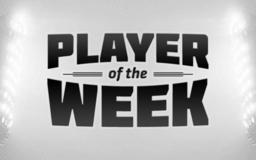 The goal is simple. We want to recognize a player of the week each week of the regular season. Everyone always gives praise to the players who are dominating the league with their offensive skills, however we want to give praise to those who dominate the league on defense. Player Of The Week (POTW) is a defensive award. Each week DW will be handing out a POTW Award to the squad/team who allows the fewest points scored on defense against them. Simple right? Shut down your opponent for the week and receive praise from your peers while being honored for your stellar defense with an award. This award will be delivered weekly by Deathwish (DW).

***If there is a tie for the fewest points allowed by a team for the week, the first tiebreaker will be chosen by the team with the largest winning margin over their opponent. If a second tiebreaker is needed the award will go to the team that allowed the fewest total yards on defense.

Player Of The Week

From giving one up last week to receiving one this week, Tiny brings home the Week 6 POTW Award by murdering Raider 41-7. The story behind this one, turnovers. Tiny did not turn the ball over one single time while Raider threw 4 picks with arguably the best QB in the game, Patrick Mahomes. Tiny’s HB Shonn Chisholm also went off of the day with 130 yards rushing and 3 touchdowns. Tiny I like seeing your name here in a positive way. Keep it up dude!

Congrats Dan on your first POTW Award of the season!

Below I have my Prime-Time000 power rankings. The criteria used to create these rankings are as followed:  What is your historical success in the SML? Have you had an extended history of winning or just short term success?  If you have multiple winning seasons, you’re more likely to have some leeway - that said, if you lose a lot historically, you’re going to have to prove to me that you’re legit!!!  I will also consider: How are you doing right now? Have you had any signature wins? How about signature losses?  Let's take a look! 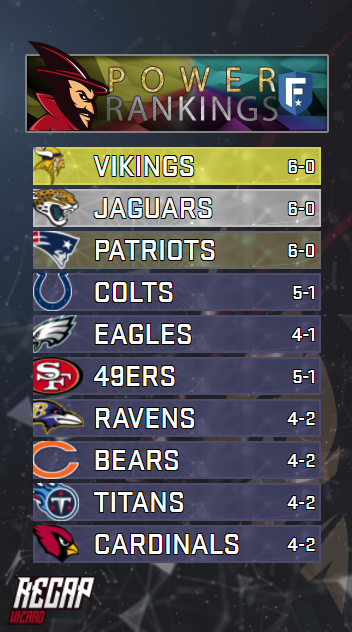