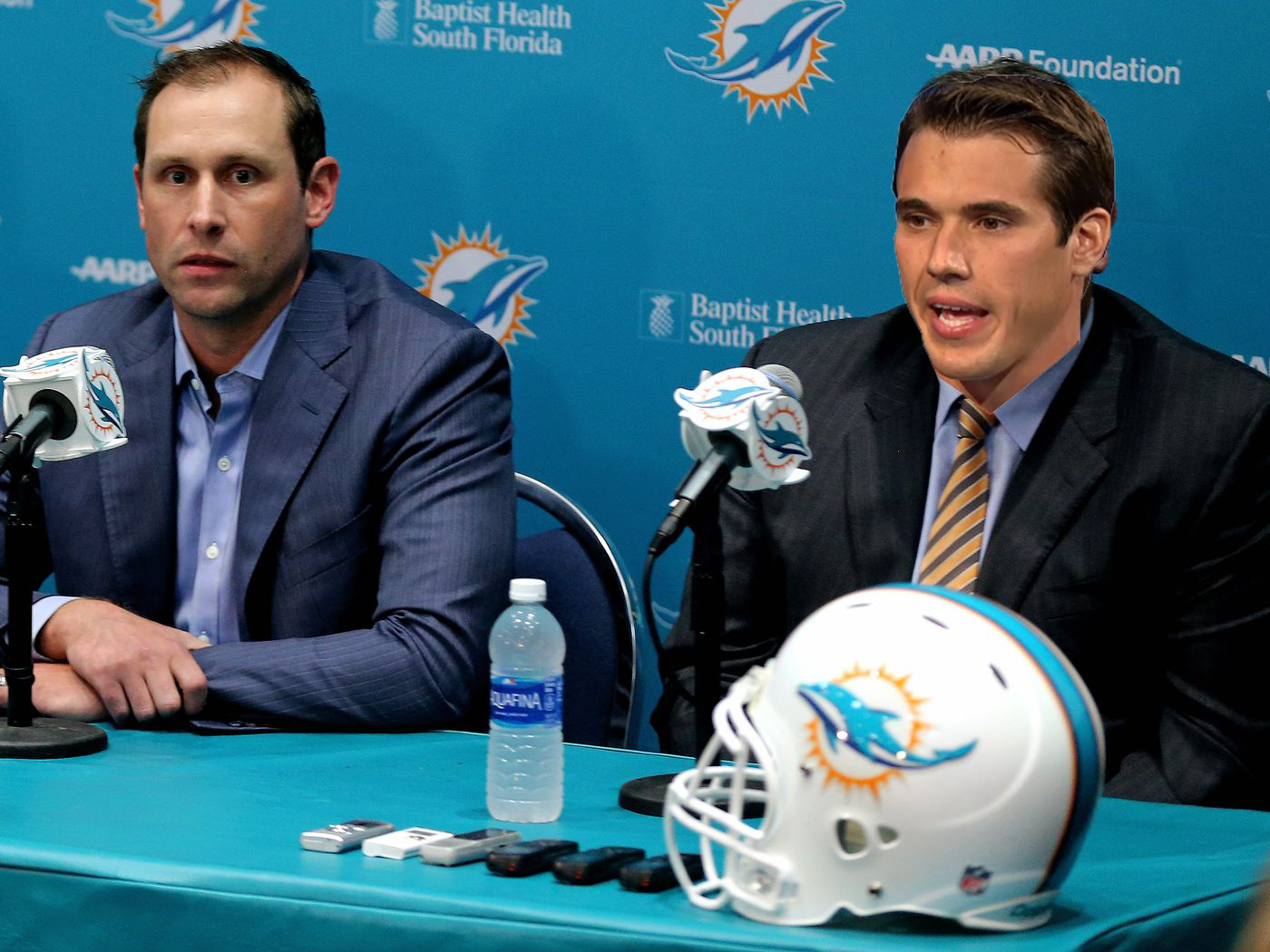 The Dolphins made a shocking change to thier organization this morning by annoucing the release of Head Coach Brian Flores and GM Chris Grier.  In their place they have brought back former Head Coach Adam Gaze and annouced the hiring of Brady Quinn as their general manager.  "We are pleased to have these two here and beleive we can build a championship quality roster around them" said Owner Stephen Ross.  This is Adam Gaze's second stint as Head Coach, 4 years ago his tenure didn't go well as he left the organization after two season with a record of 6-26. However following his departure at Miami he became the Rams Head coach and lead the team to the NFC championship.  Last season in Cleveland Adam lead the team to an AFC Divisional game and lead the league with his rushing offense propelling Nick Chubb to set a single season rushing record.  "It is great to be back in Miami, and even better that its with my friend and close colleague Brady.  It won't be an easy task in this division but we beleive we have the formula and can craft a team to compete with the league best in the AFC East" said Gaze.  Time will tell, coach Gaze's last tenure was a failure and Miami hopes to learn from its mistakes, not relive them.