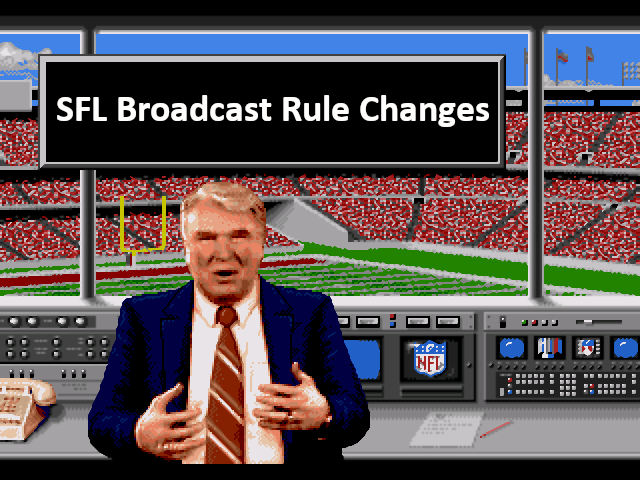 All games should be streamed and archived by BOTH teams (YouTube or Twitch) whenever possible.  Previous Play must be “ON” for both teams.  If there is an issue with lag, one or both teams may cut the stream but should preserve the game on their PS5 for 24 hours in case a review is requested.  If no archive is available for review, penalties will be handed down for lack of a stream in the same manner as other rule violations.  In the event of a CPU game, the human player must broadcast and archive.

The stream and archive rule is meant to protect both users in a league game. It allows for the admins to review any reported violations for potential disciplinary actions. It also provides protection to owners against false or mistaken accusations of wrong doing. We understand that lag can create issues and may result in one or both parties cutting their stream. In this event, the participants should maintain the video capture on their PS5 for at least 24 hours so that the video could be uploaded in the event of a rule violation review request. If there is no stream archived or video available for review, then penalties for not streaming or archiving may be handed down per SFL rules.