State of the Bears 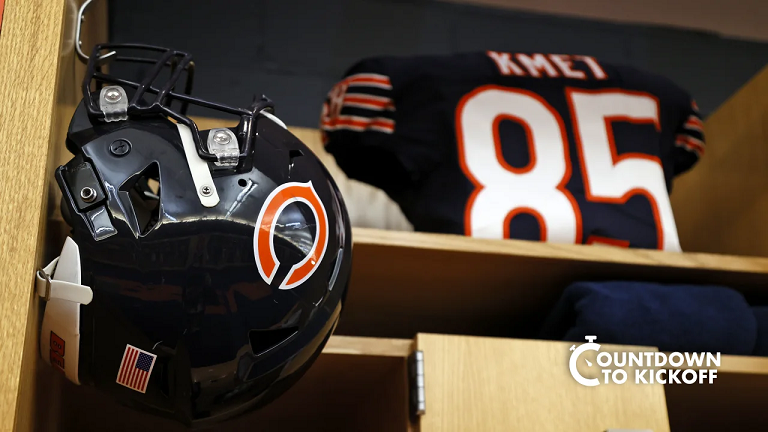 In what was supposed to be a rebuild season for Chicago, the Bears find themselves sitting on top of the NFC North division at 7-5-1 with four games left in the season. They would only need 1 more win to clinch the division and prepare for the playoffs, but they do have a shot at moving up in the seeding if they can win out, otherwise they’re likely destined to a 4 seed and a wild card round birth. So how did we get here, and what can we expect?

Chicago started out on a 5-game winning streak, lost 3 in a row, won 2 and tied once, and then lost 2 more in a row. Whatever the Bears do, they do it in bunches. With only 4 games left, chances are they’ll stay with the trend.

This has been the conversation mostly with this years Bears team. They sit 26th in total defense, 21st is sacks, 12th in fumbles and 22nd in interceptions. Plainly put, they are not very good this year. And it’s not on the defensive coordinator either, they just fall short on talent on that side of the ball. But there is a lot of good pieces to work with; Eddie Jackson, Roquan Smith, Jaylon Johnson, and Akiem Hicks stand out the most, but they need help, and realistically we may only see Hicks in Chicago for one more season.

Goldman has been a disappointment, Nichols has shown flashes but no consistency, Yiadom has been serviceable, but he isn’t the answer as the #2 corner. Nicholson has made numerous plays but has also dropped more interceptions than we can ever remember seeing, and Joel Iyiegbuniwe has been out of position far too many times despite being 3rd on the team in tackles.

But we knew coming into this season that they would struggle because of the talent level. But they are a bit worse than we imagined. They’ll need to add pieces to all three levels of the defense come the off-season and draft for sure.

Justin Fields and the offense have dominated mostly every game they have played. But they have done it with a TON of turnovers and sacks. While Fields numbers look better this season than last, he still has thrown 25 interceptions and fumbled the ball a league high 11 times, what makes this even worse is that he has been sacked 43 times, which ranks him 2nd.

But we already know that the offense keeps their foot on the pedal all game long because the defense can’t stop a toddler from getting into the snack drawer. So, the mindset on offense is to keep pushing the ball downfield and putting up points in bunches. I feel if the defense ever gets better, the offense will slow down their attack and not force the ball so much.

The wide receiving corp has followed the trend of “playing great.. BUT”, Allen Robinson, Cole Kmet and Kevin Austin have led the aerial attack on the league, and all 3 have made highlight reel catches. BUT…… they have all had multiple moments of drops, and they have all come in crucial parts of the game. So, while all 3 are already over 1,000 yards for the season, they have combined for 22 drops. Consistency is the biggest problem for this group right now….

We spoke earlier about the possibility of getting into the playoffs with 1 more win. And while it would be very nice to see the Bears get back to playoff football, we know that they aren’t ready for the challenge right now. This was supposed to be a rebuild year and getting this team ready for a playoff push next season, but here we are at 7-5-1 with a terrible defense and a turnover prone offense, looking at a wildcard birth.

All we can do is hope that maybe the defense catches fire and the offense settles down. But we wont be holding our breath.