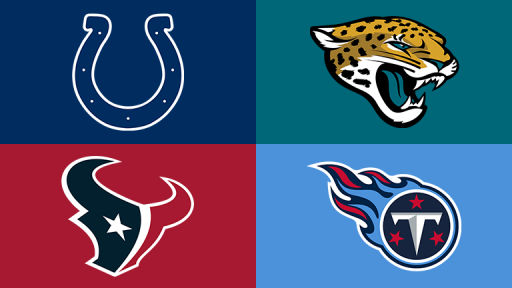 The playoffs are right around the corner and no one knows who is going to make it out of the AFC South. The Colts are the first team to get their week 15 matchup in and they sit at 9-5, currently at the top of the division. However, The Jaguars are sitting at 8-5 and own the tie-breaker over the Colts with their week 14 win. The Titans are also in the mix at 7-6, a win from them and they would be just one game behind both the Colts and Jaguars. Many of these teams play one another before the end of the season.

Starting with the Jaguars and Colts, who play in week 16. The Colts lost to the Jaguars in week 14 in a close 40-48 game. The Jaguars went up early and the Colts just didn't have enough to come back in the end. If the first matchup is any indicator for the second matchup, then it can be expected that a lot of points will be scored. Both offenses are explosive and have playmakers at each position. The defenses are also fast and have playmakers. The Jaguars also have the Giants on their schedule, a team that is leading their division and looking to hold onto that lead into the playoffs.

No team is in a position to make a mistake in a division that has shown to be one of the more competitive divisions in Legacy this season. The fact that the Colts have three division opponents with 2 of them fighting for the same playoff spot that the Colts are is unsettling for most fans. The final 4 weeks of this season are going to be excited and it is anyone's spot to take at the moment.