Back once again with a Final 53. Season 76 was announced as the second to last season of this RedZone cycle. And Season 75 was the wildest of my 6 seasons covering the Saints. Let’s look back before we jump ahead.

S75 started out rough for the boys from the bayou. 5 game losing streak to the likes of S74 MVP Minkah Fitzpatrick and the Steelers, along with the Lions, Bucs and Falcons, who combined for 33 wins last season. Then “The Stretch” happened. 3 games versus 2 former Super Bowl champions, CAR and MIN. And a game against the eventual S75 champion BAL. After that, they go 5-4 to finish the year at 8-9. The 4 losses to end the year were all by 7 or less points. And finished strong by winning their last 4 games.

So for the first time the entire cycle, The Saints were just a game out of the postseason. The offense was there, but a bottom third ranked defense was the crutch. So out goes Jackson Pierce and the 34 experiment. In comes Steven Meyer and the return of the 43. The rebuild also included a big spending free agency. Handing out 6 deals on the back 7 of the defense for a combined $106 million dollars. Here’s a list of all the incoming Saints, including the draft class as well. 19 players in total.

And before we get to the final 53, these players were placed on the Practice Squad prior to the S76 kickoff.

And now, the Season 76 final 53 for your New Orleans Saints

Peterman turned in his best year as a pro. A hair under 4,500 yds passing, 41 total TDs. He completed 71% of his passes and get this… managed to not reach the tip of Mt. Regression by only throwing 20 INTs. Is this Peterman turning the corner? Or was this an outlier year and he will revert back to the mean. Joining Peterman in the QB room is Derek Carr, who spent S75 with The Rams.

The stable of runners remains the same while adding the rookie Stamper. The “I AM WILLIAMS WALLACE” connection combined for 1,560 yds and 16TDs on the ground. Pierce and Simmons are capable backups if either Williams or Wallace are out due to injury.

Barden emerged as the clear WR1 of this team. 3 straight years of 1k yds receiving. Johnson returned to form after his 3yrs in NE. Logging 900+ yds and 7TDs. The breakout WR was Darren Burgess, who had numerous clutch catches last year. And leaving training camp.Burgess has emerged as the WR2. Duvernay, Faulkner and Devine all return as well.

Webster was the new shiny toy for Peterman in this offense. Led the team in receiving. And quickly became the security blanket that any good QB needs. Second year man McCain takes over the TE2 spot for the departing Will Dissly. Williams was brought in this offseason. Solid combination of pass catching and run blocking.

Big set of changes here for the Saints. Lowry was dealt to CLE and Chamberlain moves to swing tackle. Both gave up double digit sacks last season. In comes the second rd selection from last year Ellington and Cesar Ruiz kicks out from guard to Right Tackle. Coach Mayne and staff hope that this combination can take this offense to the next level.

Hoffman has been locked into the LG spot since joining the team in S71. Chaisson steps in to the RG spot to replace Ruiz, who moved to RT. Steele and Cutler will back them up.

Larson was one of the 3 first round picks the Saints made last season. Had an up and down year. Was third on the team in sacks given up and missed some time due to injury. He’ll look to take that next step in leading the Hog Molly’s up front for S76. Pocic will back him up.

All four of these guys move back to more traditional spots for themselves. Davenport led the team in sacks and also signed his deal to finish out the cycle in Nawlins. Expect to see all 4 of these men in the rotation, especially when McCloud kicks inside on passing downs.

Choice and Moorehead will handle the interior. And the early signs from camp, a much better fit for the both of them.  Harris and Henry are the depth guys.

One of the bigger overhauls for the Saints this offseason. Harrison, Boyd and Shepherd return. Maurice Campbell was drafted early in round 2, and will have time to develop into a potential contributor by season's end. McKnight was a late signing during free agency but quickly emerged as the second LB in Nickle sets.

Evans was the big get for the Saints as they said goodbye to Pete Werner. He quickly stepped into a leadership role during camp along with CJGJ and Davenport. Rookies Adams and Brown will back him up.

The single biggest need for the Saints this offseason and they addressed it in a big way. $70+ million dollars spent on Atkins, Lenoir and Hall combined. Ojemudia, who has been relegated to CB3, and Tyson Campbell both return.

CJGJ is the mainstay at FS. Nasir Adderley was let go after only one season. Enter Johnathan Abram, who graded out as a much better box safety than Adderley. Also, look for Danny “It’s Not A… “ Toomer to get some time in DB heavy sets.

Bush, who signed with the Saints for the 2 remaining seasons of this cycle, joins Gillikin for a kicking extravaganza.

Follow me @RZDSimmons on Twitter all season long for Saints coverage. And check out the team page at daddyleagues.com/redzone/team/NO 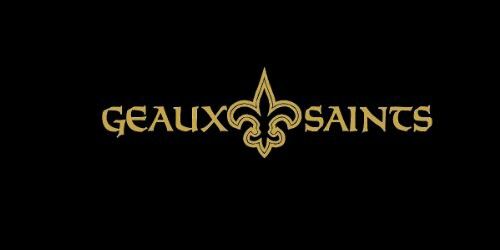