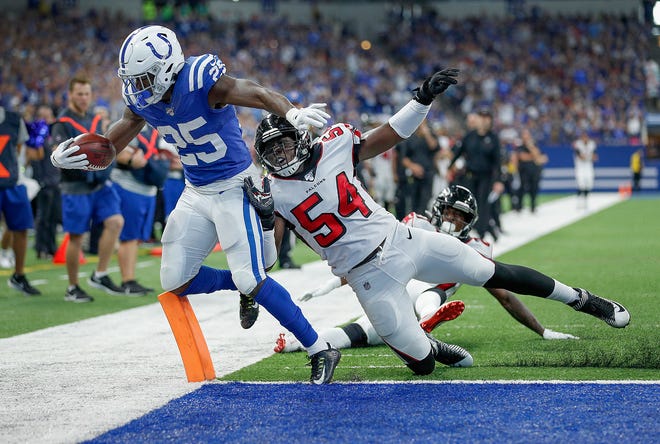 We kick off this Week 8 Father’s Day weekend with an extremely tight inter-conference matchup between the Indianapolis Colts and the Atlanta Falcons.

The Colts sit at 4-3 on the season and come in with that high flying 3rd ranked passing game in the league. The Colt’s have quite the unusual system going on under-center, as they’re splitting reps between 3rd year QB Greg Wynn, and Jameis Winston with Wynn getting most of the snaps. Despite Wynn’s tragic 2-9 TD-INT ratio, the system has gotten the job done to this point. Will the inconsistency taking the snaps prove costly? Or will the deception work to perfection?

If you want to talk about interesting QBs, look no further than the opposing sideline. There you’ll find the impressive veteran Deshaun Watson. Watson is coming off an incredible year with 41 TDs and 15 INTs. However, this year DW already has thrown 13 INTs with just 16 TDs. Can the vet turn his season up a notch and drive the 3-4 Falcons to the playoffs once again?

This matchup is set to be understandably tight, as Daddyleagues has the final score projected as: