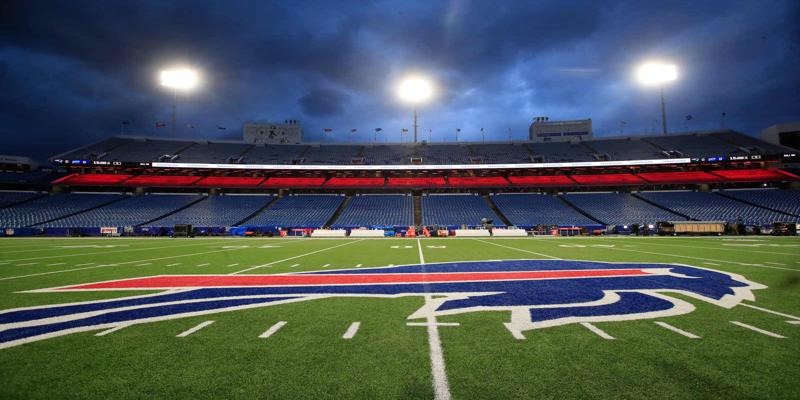 What a long, strange trip it’s been. I know that I’ve been MIA for some time, as were many media types that cover RZ Football. But from the looks of it, we are past all of the hiccups that we faced in the first 2 seasons. So before we get to the S80 final 53, let's recap how season 79 went for your Buffalo Bills.

After back to back playoff appearances and a division title in S78, The Bills took a step back finishing 7-10. The once stout defense became porous and allowed too many shot plays over the top. This forces two coordinator changes. OC Joseph Wells came on in the tail end of S79 to give the offense a jolt in the arm. Look for the Bills to be more spread out with WRs and TEs in numerous one back sets. On Defense, Brendan Washington was brought in after the season was over and his vision was clear, solidifying the run defense and pass rush.

And this S80 rookie class is the start of that vision. Let's take a look at their draft selections. If you’d like to see a breakdown on each selection, head over to my Twitter @RZDSimmons.

Before we get to the final 53, these players were placed on the Practice Squad prior to the S80 kickoff.

And now, the Season 80 final 53 for your Buffalo Bills

Despite not having the record to show for it, Allen finished S79 with his best statistical season of the cycle. 4,400+ yds 31 TDs to only 19INTs. Look for Allen to be more comfortable in OC Joseph Wells system after a full offseason to work with him. The Gardner Minshew will return to back up Allen.

Whitfield returns with his second season at the helm of this rushing attack. He finshed last year with 1,600+ total yds and 18 total TDs. Aj Dillion also returns as the spell back. Both RBs averaged 5+ yds a carry. Look for that to continue going forward. Evans and the rookie Woodard fill out the RB room.

The trio of Diggs, Reese and Cephus combined for 2,700+ yds of Josh Allen’s 4,400yds passing. Reese, the 3rd yr man out of Oregon, still looking for a true breakout and the eventual torch passing from Diggs and this teams WR1. Khalil Shakir enters the final yr of his rookie deal, but with the young depth behind him, signs are pointing to this being his final yr in Orchard Park.

The other 1k yd receiver, Dawson Knox has been the security blanket that a QB needs. He logged almost a 1,200 yd season, his first season over 1k yds this cycle.. McClain as the TE2 shows that the Bills can go 3WR or 2TE and not lose any production in the passing game. Rookie Brian Rey will be the third TE in the room.

After spending top end picks on Payne, Washington  and Chambers over the past 2 drafts, the retooling of this front 5 is always evolving. Payne and Chambers showed promise and will look to continue to improve at the bookends of this OLine.

Bates, a 3rd team All RZ Offensive Lineman, returns at one guard spot and the newly acquired Joe Thuney will man the other side. Thuney was also named on the 3rd team All RZ. Drew Forbes and Wes Schweitzer will back them up.

Morse was one of the few resignings made at the end of the S79. but he is back on a 1yr deal to direct this OLine. Hainsey, the 4th yr man out of South Bend, will back up Morse..

Now we get into the new look defense. Sweat led the team last season with 12 sacks off the edge. But with the scheme change, leaving the Tampa 2 and installing more of a hybrid 43 front, 1st round pick Xavier Herrick was brought in to be the heavy end opposite Sweat. Epenesa and Granderson will back them up.

McCain came over in a deal with GB and turned in a superstar like performance and was the lone Buffalo Bill representative at the Pro Bowl. And in an effort to get younger in the middle, Alton Haliburton, the Bills second 1st rd selection, was brought into the fold. As well as former Bill Tim Settle. All three should see time this year.

Another new face on this defense is pass rush specialist DJ Wonnum. Who comes over after seeing limited action in a crowded OLB room in ATL. Barnes, In his second yr with the Bills, will be the stack backer alongside defensive captain Edmunds.

Edmunds, one of two true mainstays on this defense, will captain this team once again. We’ll see how well he adapts to the new scheme. Specton and Robinson will back him up.

The top 4 of this room remain the same. While Taron Johnson was the other major resigning this past offseason. Mosley and Elam will be peaking over their respective shoulders at the rookie Quandre Morant. I expect him to see some major time by season's end.

The rebuild bug has also hit the safety room as Micah Hyde was not re-signed. Hooker will move over to the SS spot as veteran Eddie Jackson will play the FS. Haynes, Melifonwu and Moore will add depth.

Follow me @RZDSimmons on Twitter all season long for Bills coverage. And check out the team page at daddyleagues.com/redzone/team/BUF