Trask nears a comeback in his first start! 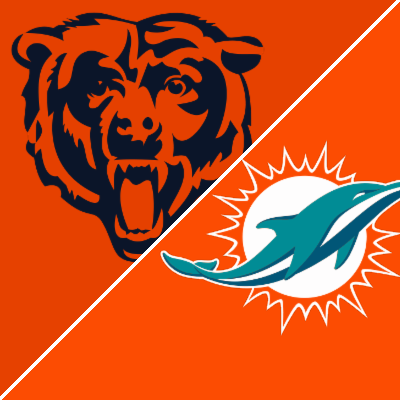 The Dolphins are on a huge slump the past three weeks despite starting the season 3-3 by sweeping their division rivals in the first three games of the season! A recent slump that's so disappointing that Miami decided to go in a different direction at QB this week despite Tagovailoa having a fairly good season thus far. The Dolphins kept the first half close with only a touchdown separting the Dolphins from the Bears at half but after a poorly timed turnover in the 3rd quarter, momentum began shifting as quickly as the wind does in the windy city. Trailing 35 to 17 in the 4th quarter Trask put together a comeback drive to make it an 12 point game after a failed 2 point conversion. A miscommunication between Trask and Hill lead to an interception during the 2 point try making it an 12 point game instead of an 9 point game. With the game 23 to 35 with 4 minutes remaining the Dolphins kicked an onside, to which they recovered their first of the season. Trask leading the Dolphins downfield scored with a minute remaining and still holding 3 timeouts. The Dolphins opt to kick the extra point but missed it, making the game 29 to 35. Attempting another onside kick, the Dolphins don't receive it this time and force the Bears to run the ball twice. On third down, the game would come to an end when the Dolphins were expecting to play pass and managed to give up a 13 yard run for the first down closing the game. Trask however in his first start did not disappoint throwing for nearly 500 yards during the comeback attempt with 4 Touchdown passes and 3 turnovers. The Dolphins future looks bright with anyone at Quarterback when they have talented players getting open the way that they have this season. If the team can get on the same page going forward, this team looks scary!