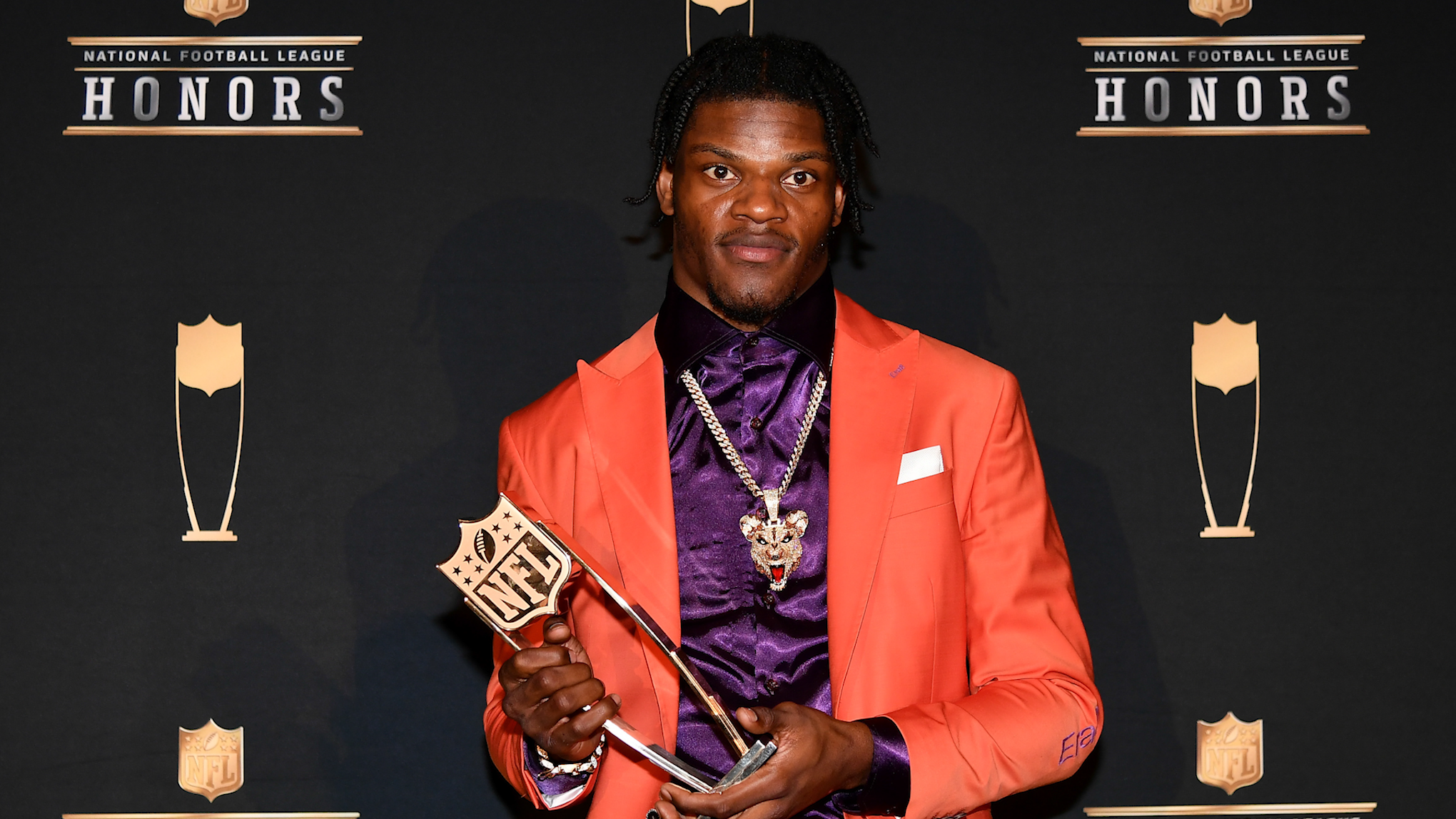 The best way to describe the 2021 Ravens' season: a rollarcoaster.

The story of the season was Lamar's quest to reassert his dominance on the leauge, which ended in a stellar MVP campagin. Lamar threw for 5,385 yards and 48 TDs while rushing for 483 yards and 8 TDs. This 56 TD campaign was one Lamar will not forget any time soon. Lamar was quick to acknowledge the offseason addtions that led to these insane numbers,

"We grabbed some weapons man. Adding Julio and Le'Veon pushed this offense to another level. Hats off to this front office".

Julio Jones, who was acquired for a 1st and 2 2nds this offseason, snagged 78 balls for 1,476 yards and 13 TDs while Bell rushed for 934 yards and 7 TDs while grabbing 68 catches for 542 yards and another 7 scores. These two were BOOMS of additons to this offense and really complimented the core Baltimore had in place.

Speaking of that core, Hollywood had a CAREER year going off for 82 catches, 1,703 yards and 13 TDs. Defenses had to pick their poision when Baltimore went to the air. Hollywood often found himself open down the field when attenion was on Julio, and his speed would often give Julio favorable matchups. Mark Andrews was a consistent saftey blanket for Lamar again this season, catching 54 balls for 742 yards and 6 TDs in only 14 games. He played through an injury in the Wild Card round and was stellar. All of this led to Baltimore's offense being 4th ranked in the NFL.

Despite losing Orlando Brown Jr. and DJ Fulker in the offseason, the Ravens offensive line allowed very few sacks. Lamar's ability to move proves to be ever so difficult for pass rushers, but he may actually need to take more takes instead of forcing some bad balls like he did this season.

This offense dissapointed in the redzone, getting there 75 times this year but only coming away with points in 77%. They need to up that number to match the talent of this offense. They did score the 2nd most red zone TDs, but with that many trips, the only 8 FGs will not cut it. Less turnovers, more points!

The story of the Ravens defense is difficult to tell. Some games, they would be all over the place, forcing turnovers and holding opponents to reasonable scores, but the nature of this team really hurt this defense. With a fast paced, high scoring offense and turnovers that we'll get into later, this defenese was put in a LOT of tough spots and I think the numbers can be misleading with this team. With that being said though, they did allow the 2nd most yards in the leauge and the 7th most points, while finishing in the bottom third in sacks and middle of the pack in fumbles and interceptions. There was too much talent for that to be the case.

Now, the storyline that has been hinted at often in this piece....the turnovers. God...oh god...the turnovers...This team had a -11 turnover difference and won 11 games...riddle me that. They had the 6th most giveaways in football. Lamar gets a bit of a pass for constantly coming up clutch and winning football games on his back, but FAR too often he threw backbreaking interceptions and gave the other team free points. He had 11 games with multiple interceptions (including 6, 4, 4, 4, and 5 interception games (we won 2 of these lol). The team also had a bit of a fumbling problem, seeminly in the worst moments of games. Needless to say, Lamar has to clean it up! Out of his 10 3+ interception games, 7 of these were decided by 10 or less points. If Lamar cleans up his act, this offense is truly unstoppable.

Funny enough, the playoff game against the Dolphins was the cleaniest game of football this Ravens team played all season. Lamar and company had 0 turnovers on the game, but were held to just 1 TD on the game. In the first quarter, Lamar hit Julio in the end zone for a great score, and it seemed like this offense would hum all game long. While they did move the ball rather easily (390 yards gained), they were held to FGs the rest of the way and only put up 16 points. The defense was stellar though, allowing only 24 points. If you told Baltimore their opponent would only score 24, they would've thought they were winning a blow out. Unfortunately, the defense held strong throughout but gave up a late score on a dump off to their RB, which moved the score from 13-14 to 16-21. The Ravens were able to add a FG but their defense couldn't hold and allowed one as well. Down 24-16 with less then 2 mins left, the Ravens drove down the field and got into the red zone, but were unable to convert to Julio in the back corner as time expire. Tough loss for a team that competed so hard.

Offensive coordinator Greg Roman was questioned after the game for the teams lack of aggressiveness. The team seemed to have a dink and dunk approach often, but when they went for the big play, they often connected on it. Many wonder why they did not "risk it" more. The team also settled for multiple field goals, including one in the first half on 4th and goal at the 2 yard line and and 2 others in the red zone. Roman said after the game "We trusted that this offense would eventually explode, and unfortunately, we just couldn't move the ball in the red zone well enough. Hats off to this Dolphins team. We did not beat ourselves, but we sure did not make many winning plays".

Ravens GM Eric DeCosta hinted at adding a new dynamic to this offense in wake of this.

"Our offenese was one of the best in NFL history at moving the ball, until we hit the redzone. It is hard to make plays in those tight spaces when teams know you are throwing the ball. Our O-Line struggled in run blocking this season, so we hope to improve on that, and we may need to look at adding a difference maker to join Bell in the backfield. We have to be able to convert in short yardage situations and diversify our attack".

The offseason preview is coming soon. 2021 had its highs and lows for this Ravens team, but the future remains bright.