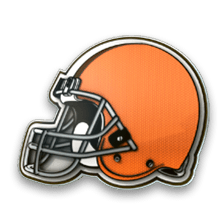 To start the offseason, wide receiver Corey Coleman left his fax machine unplugged, rendering the Browns unable to send him a franchise tag to sign. He later signed with the Tennessee Titans on a 2 year, 26 million dollar deal. That is significantly more than he would have made in Cleveland. The Browns wish him well!

New starters include fullback Trey Edmunds, guard AJ Cann, defensive tackle Eddie Goldman, and finally stole the hard hitting mike linebacker from Baltimore, Patrick Onwuasor. The Browns were ecstatic to bring in such a talented free agent class, but the offseason work was far from over.

Leading up to the draft, the Cleveland Browns had a young roster with no glaring holes, allowing them the freedom to pick anyone they want. As their top two players on the draft board (Ed Oliver and Greedy Williams), the Browns finally settled on Biletnikoff Award winner David Sills V out of West Virginia. Impressed by his route running, catching ability, body control, and work ethic, management decided to add another weapon for young QB Baker Mayfield. Added to an offense that features three starting caliber running backs, veteran receiver Jarvis Landry, speedy wideout John Ross, and the dominant tight end David Njoku, the Browns look to dizzy their opponents with a great offensive attack. Given the owner's heritage, it came as no surprise when the Browns selected THREE former Texas Longhorns. Edge rusher Breckyn Hager will look to provide the same spark and mean attitude to the defense that Baker Mayfield has. Two former rivals and fiery personalities will elevate the locker room to new heights. Corner Kris Boyd came in and will focus on coverage in the slot, utilizing his speed and tackling ability. Defensive lineman Charles Omenihu will step into a depth role, playing every spot on the line. The assistant general manager finished the draft, taking some late round fliers.

Finally, the Browns filled out their preseason roster with a few interesting stories. The biggest of which is none other than QB Quinton Flowers, who has been electric thus far.