State of the Dolphins 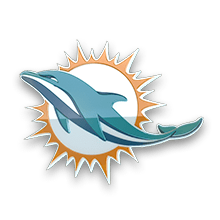 It has been named that Ryan Thannehill will finish off the season as QB-1. I know this comes as a shock. Maybe even a disappointment to some, but after the horrendous effort put on by Mike White and David Blough. We as an organization feel you guys deserve better and the least we can do is put a team on the field with a fighting effort.

Moving on to the OL. Josh Sitton will be sliding over to Center. Ja’Wuan James will be sliding to Left Tackle. Pushing Laremy Tunsil into Left Guard. Leaving the right tackle position up for debate. No definitive answer yet on that.

For our play makers. Kenyan Drake has played his last snaps in Miami. Kalen Ballage and Lj Scott will hold down the fort. Receivers like Danny Amendola and Albert Wilson have also played their last snaps. Parker and Stills are on the hot seat so watch out.

As for the defense they may as well not even be their. Giving up an abysmal 30 points a game. Nobody’s job is safe. So if your looking for that new contract. It’s best you get your act together and pull through. Or we could be looking at a new defense next season.

So fans if you have any feedback of who you think should get more playing time. Don’t hesitate to voice your opinion. You never know we may take your advice.