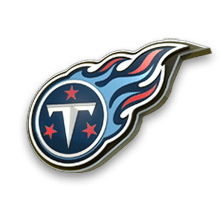 Keys to victory for the Titans

Its no secret that J.J. Watt and Jadeveon Clowney are monsters who are known for giving offensive coordinators headaches and suffocating qbs. They will need to be contained in order to allow recievers routes to devolope and Mariota to make good decisions in the passing game. The running game will need to show up to keep Houstons defense on its heels.

The Titans defense has to stuff the run and get after Watson. The titans edge rushers will have to contain the outside and keep watson in the pocket and the defensive tackles will have to get interior pressure causing watson to force passes or take sacks. The job lies with the defensive backs to contain Fuller and Hopkins,Suffocate them with good coverage and not let the find holes to bail out Watson.

Keep the Texans defense on the field and Watson on the sideline. Longer the Texans defense is on field the more they will become wore down. which will lead to big plays and more points. This will also keep the Texans offense out of sync. The titans need to have long methodical drives possibly some no huddles to prevent subbing in fresh legs.

Every division game matters and both teams know the importance of early wins in a season. This will no doubt be a intense hard hitting game. With both teams looking to let one another know whos boss.